Rock House has the potential for gold, silver and copper deposits over 6.2 km² with 3 distinct targets. Great Western first drilled Rock House in 2021 with follow-up drilling, as part of the 2022 drilling programme.

The stratigraphy and structural settings are similar to the nearby Candelaria District, which produced 38.5 million tonnes grading 61 grams per tonne of silver from an open-pit, heap-leaching operation from 1980 until recent times as well as high grade ore from narrow veins mined from underground methods in the late 19th and early 20th centuries.

During 2021 drilling encountered gold at shallow depths at the Southern Alteration Zone ("SAZ") with best gold intercepts of 8.02 g/t and 2.29 g/t. As part of the 2022 drilling programme, three further holes have now been drilled with a combined length of 488 metres. High-grade gold intercepts comparable with those from 2021 were not identified in the 2022 drilling but there is clear evidence of a continuing gold mineralising system. 2022 drilling identified a completely new development at Rock House; a new copper zone which will be evaluated and followed up. 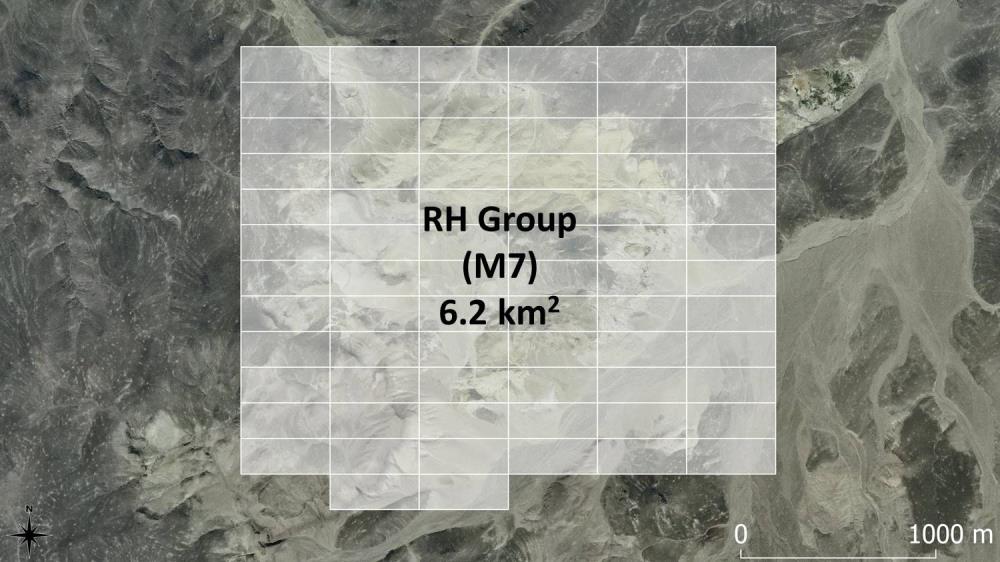 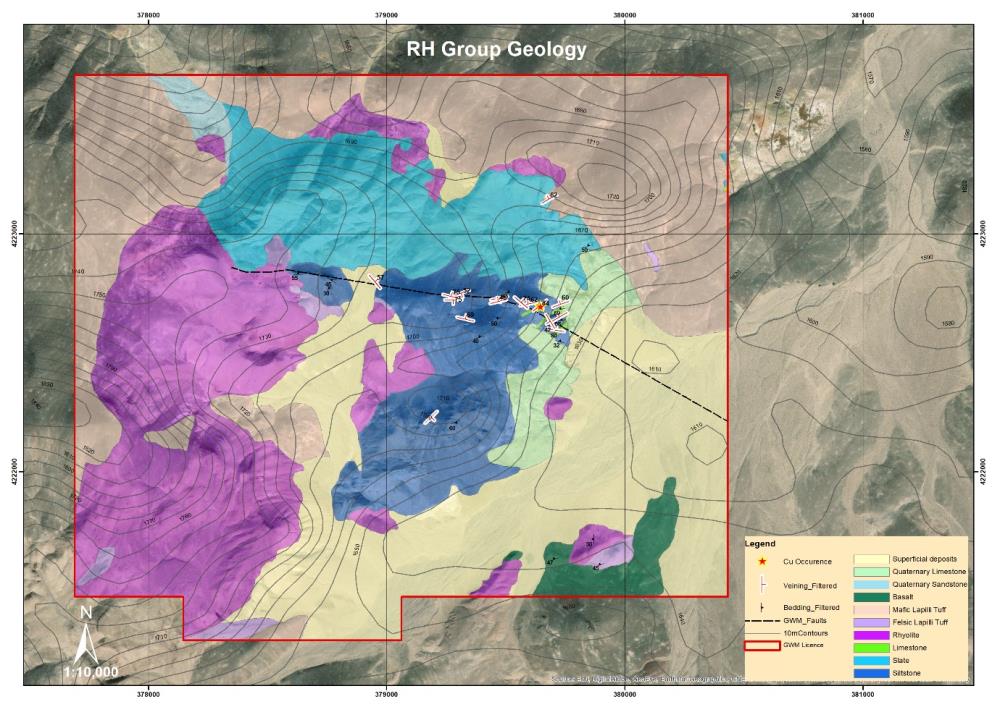 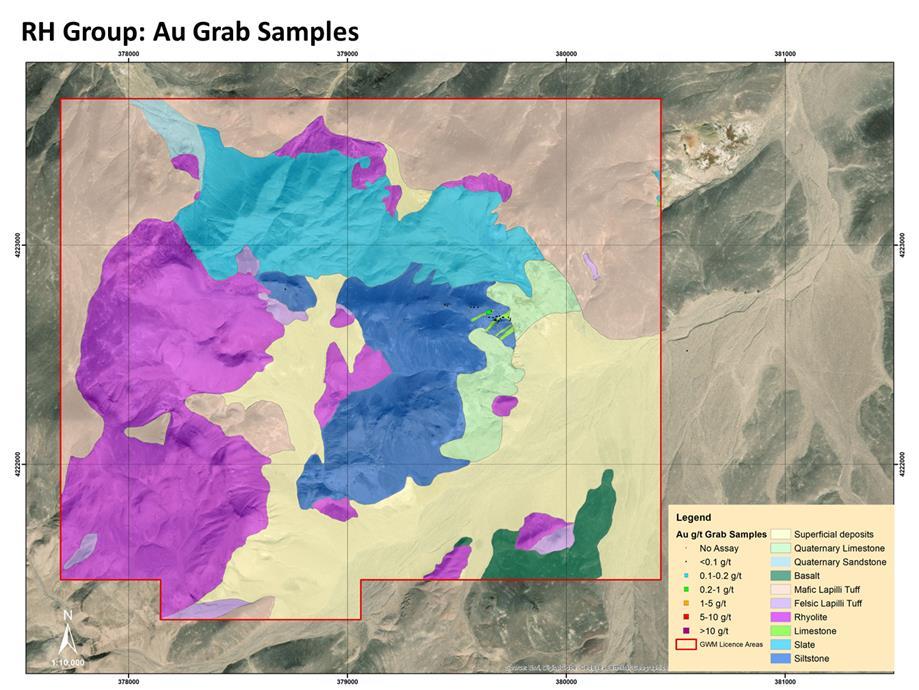 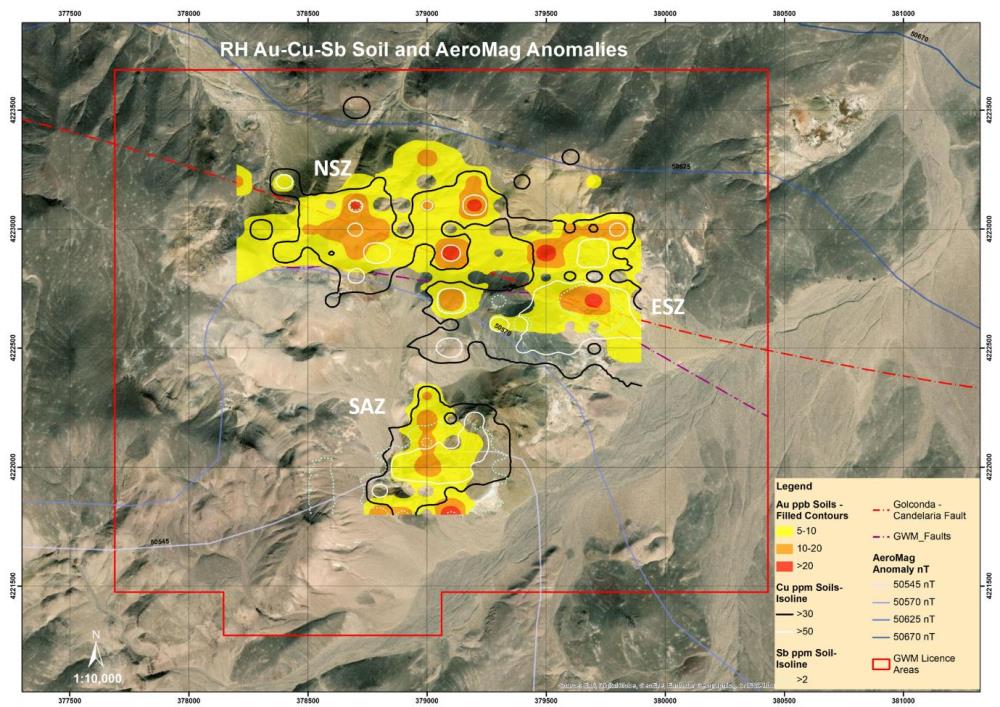 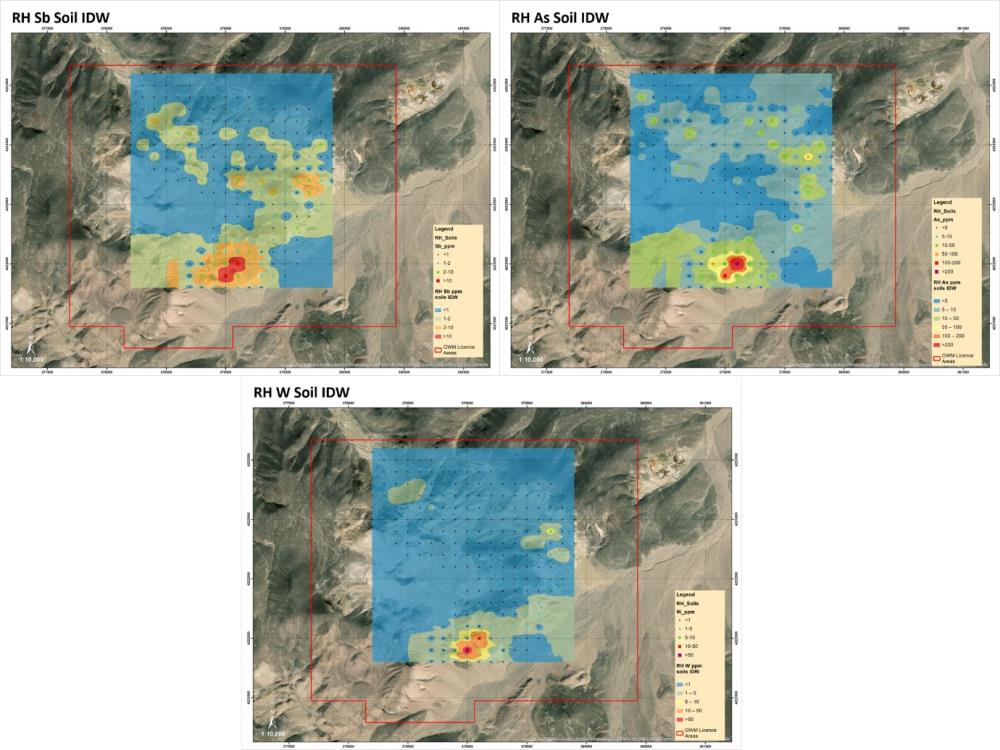 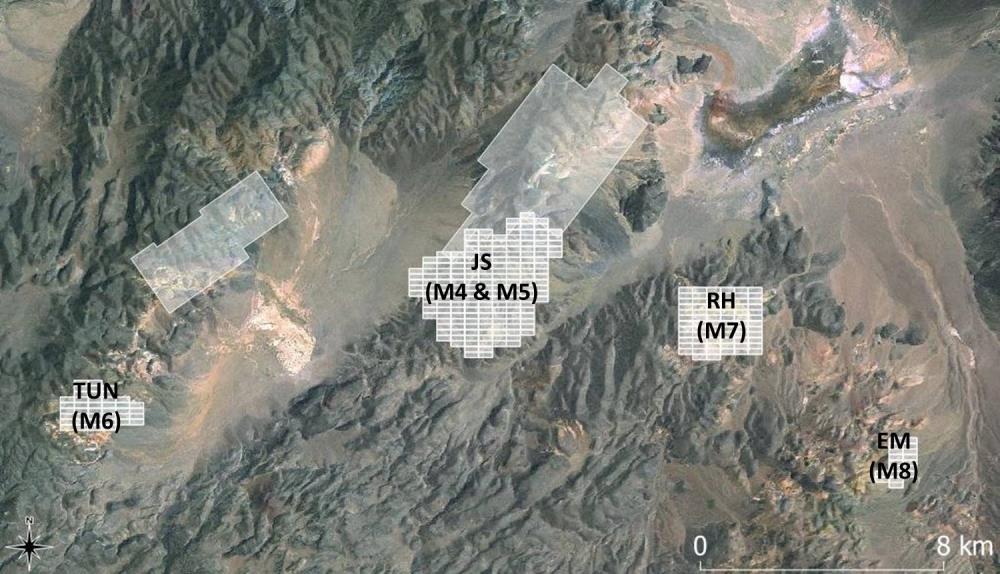 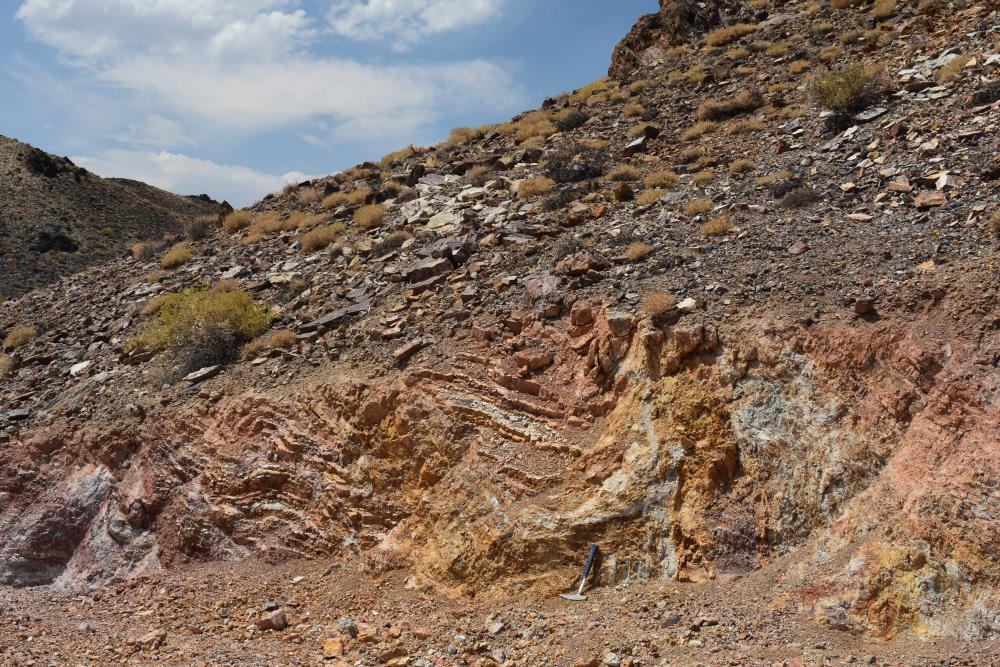 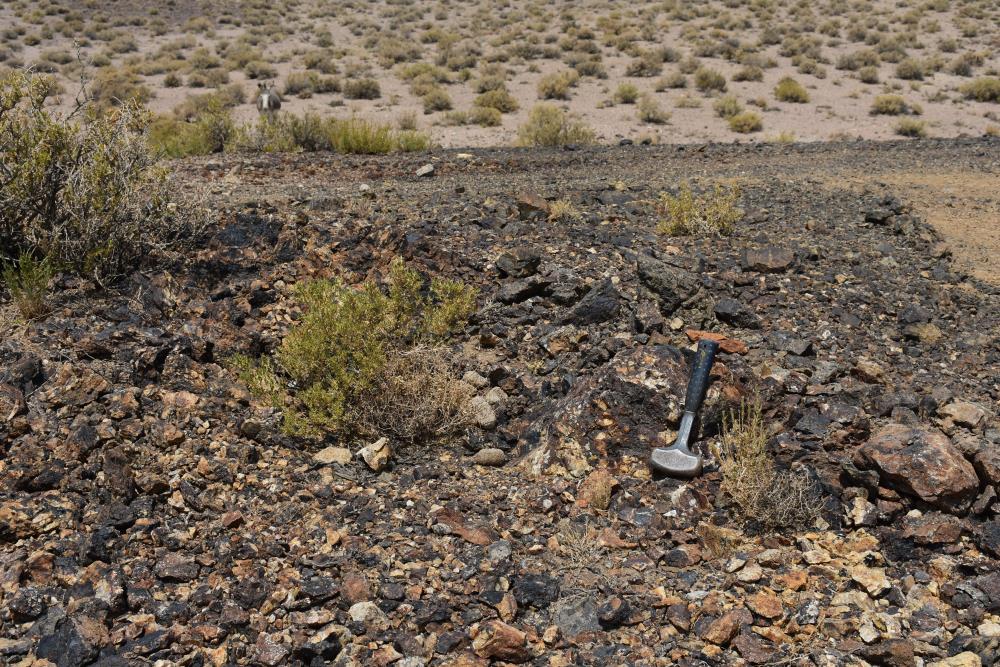 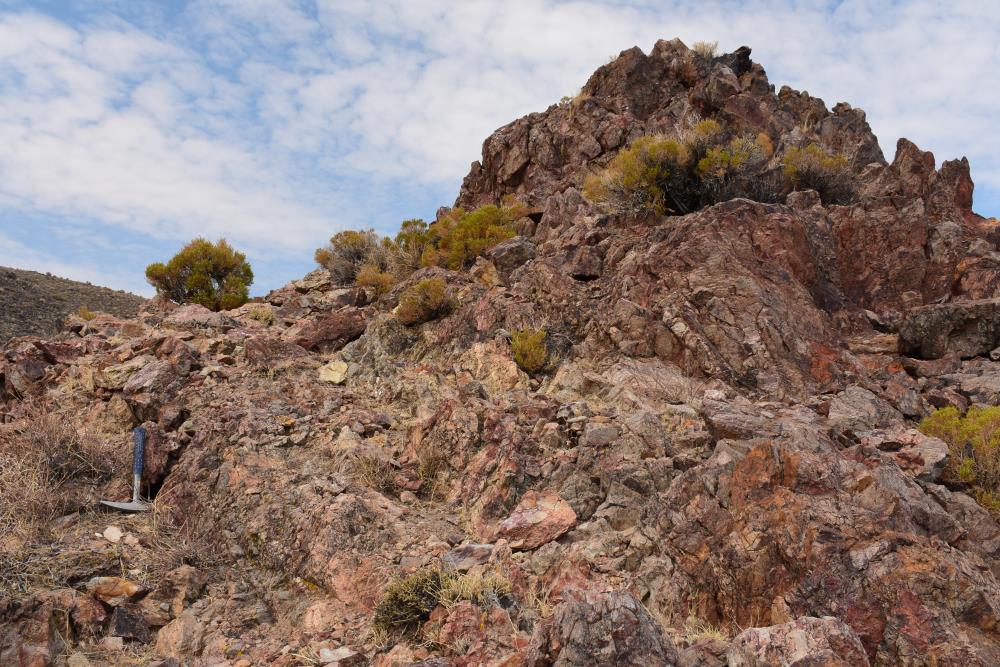 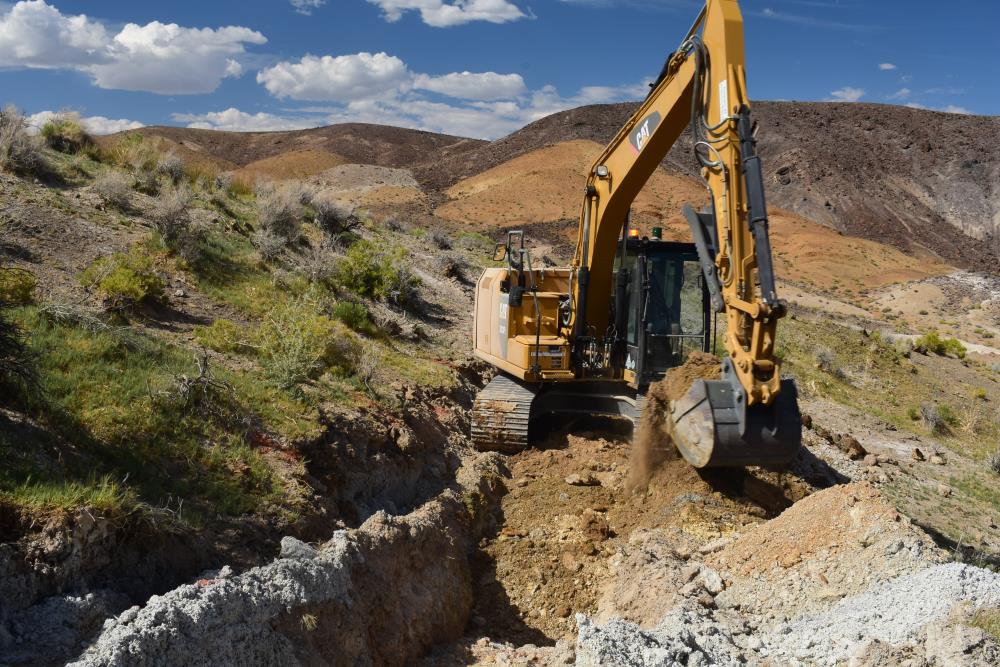 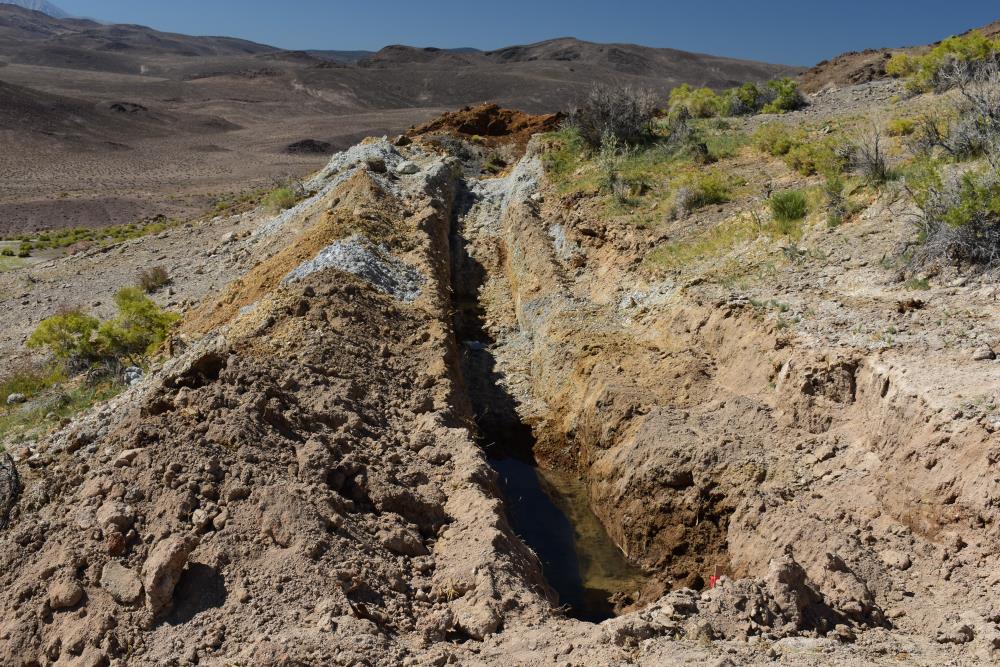 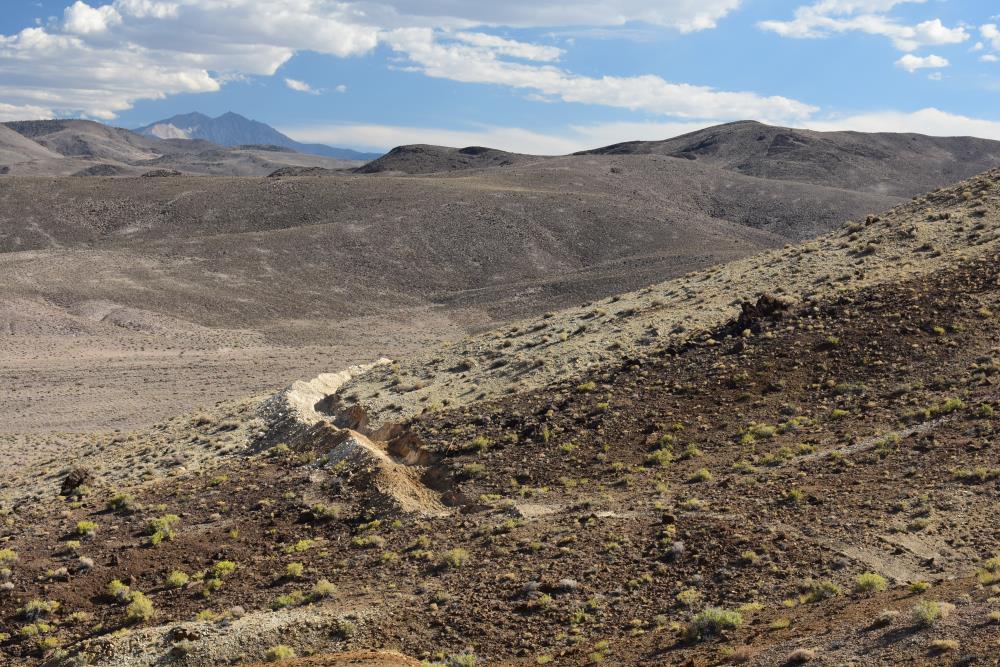 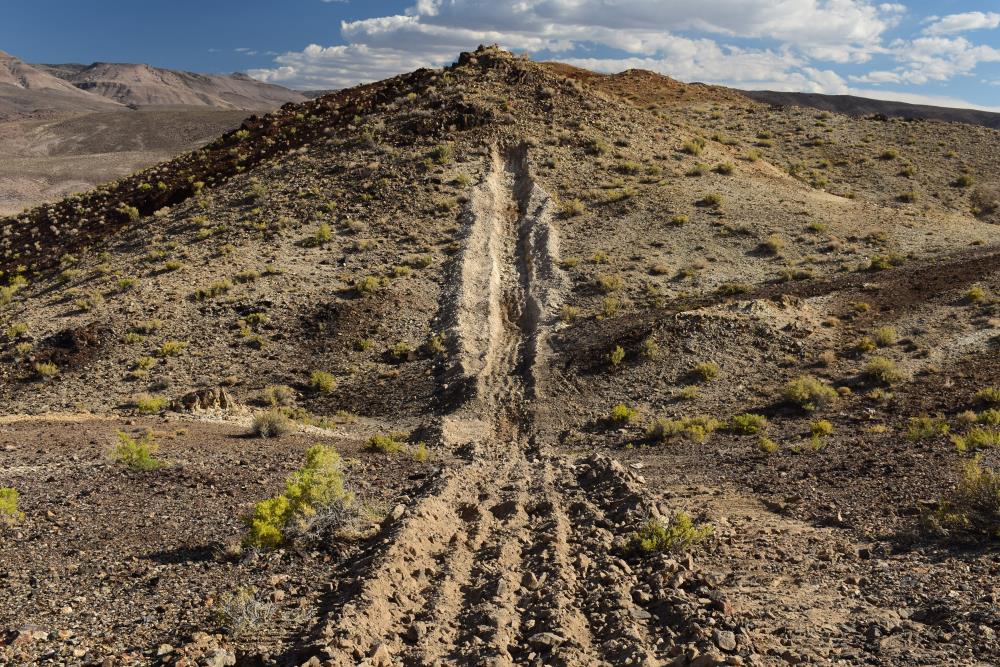 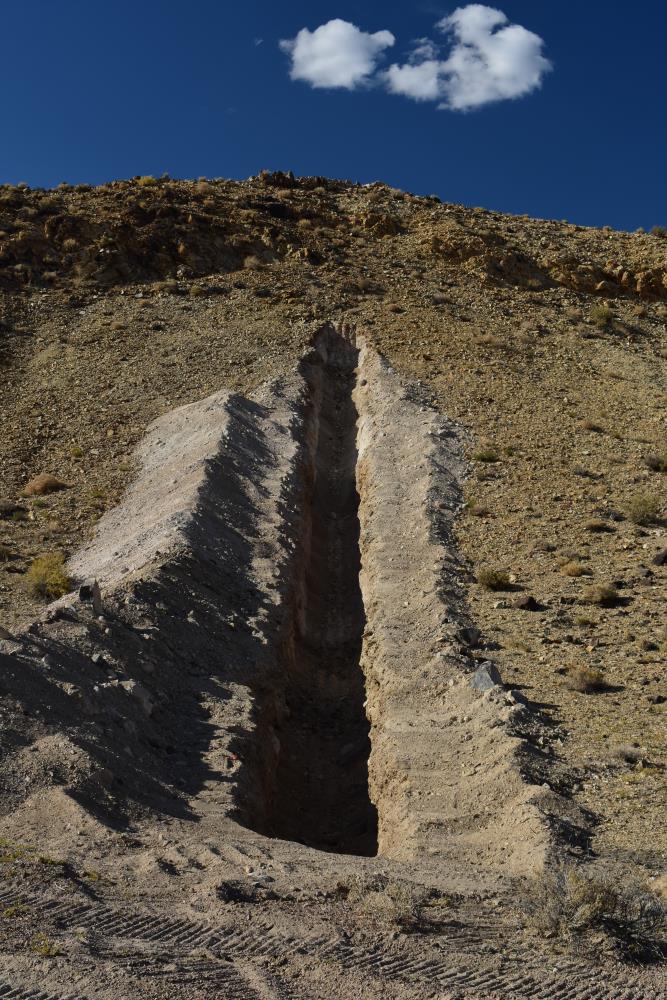 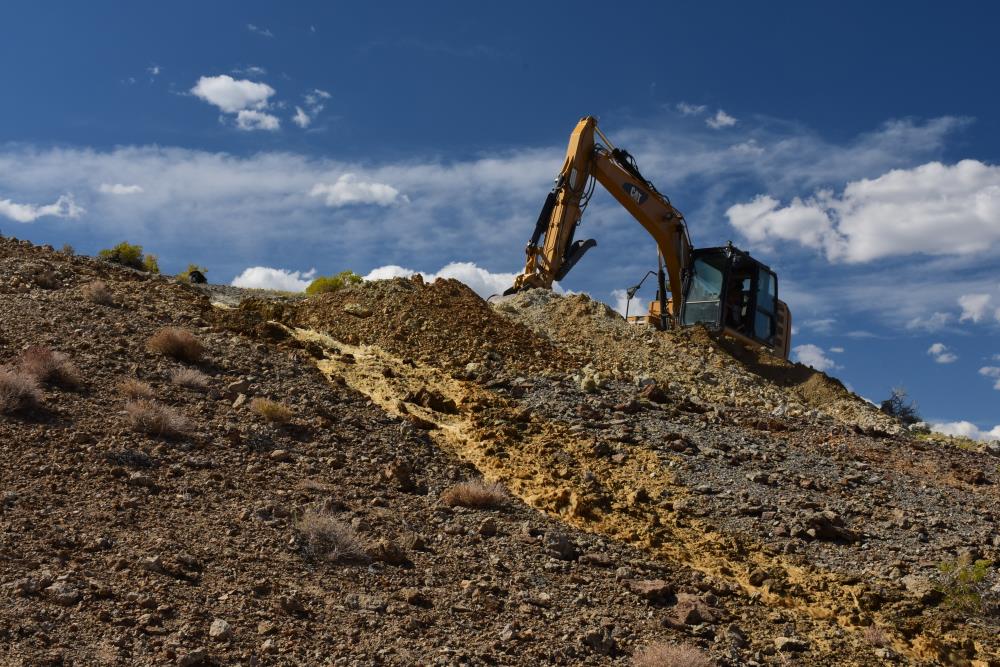 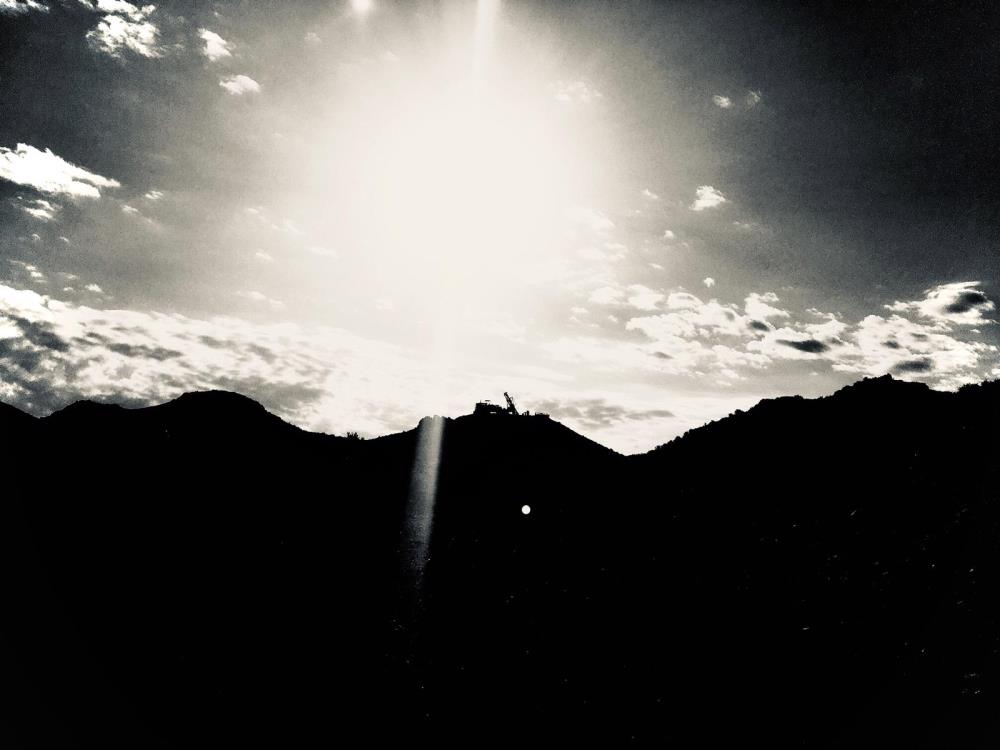 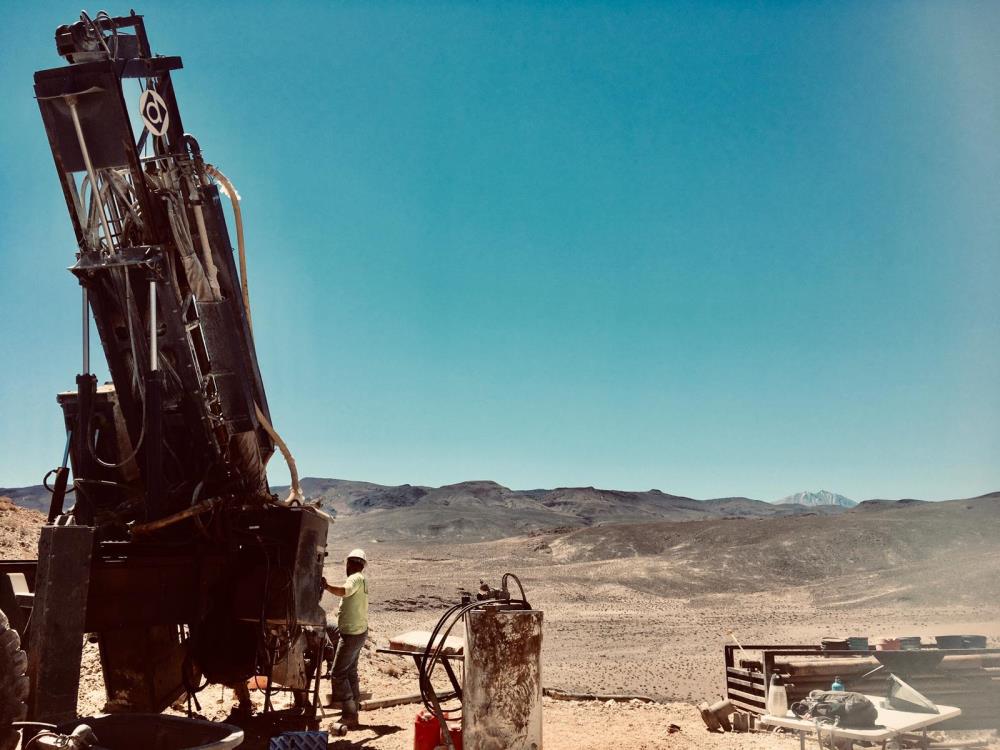 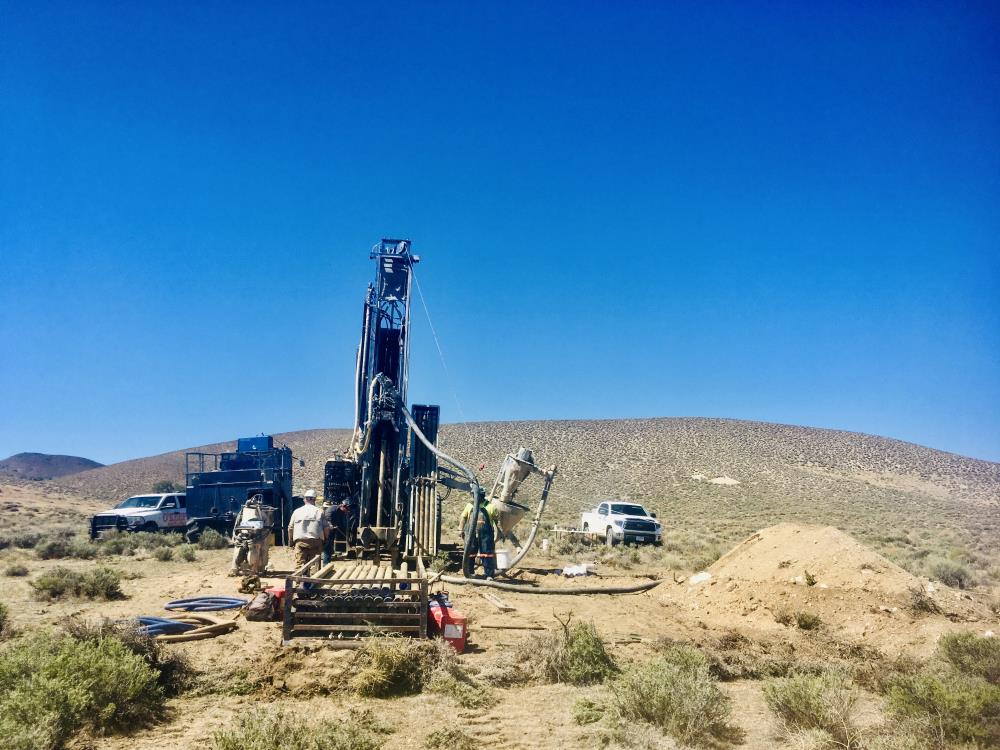 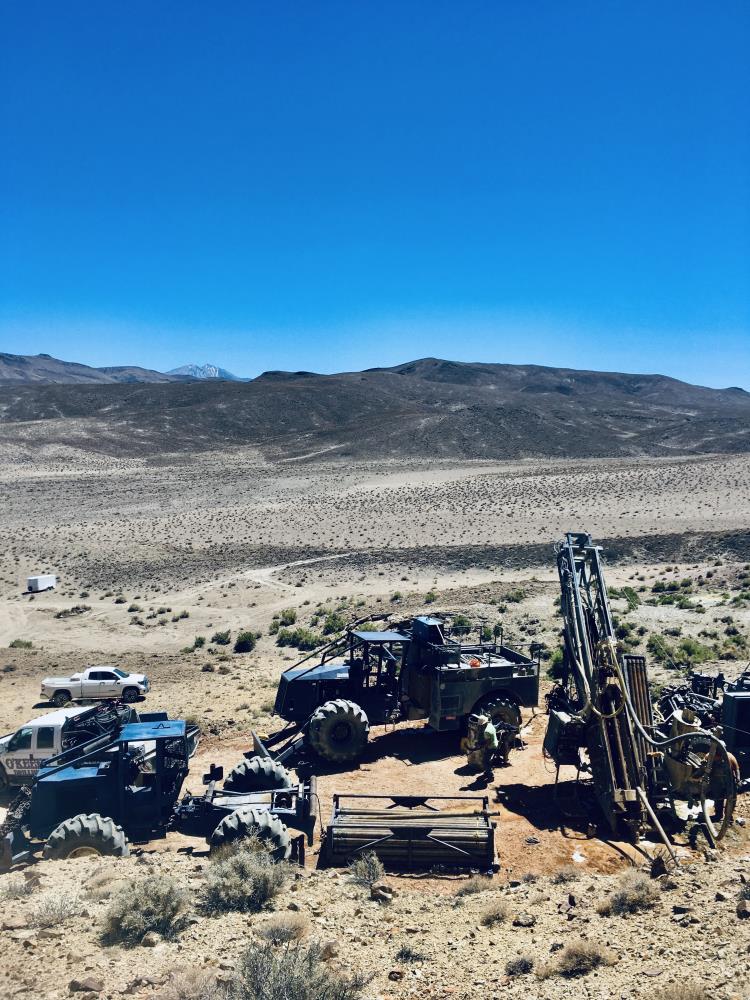 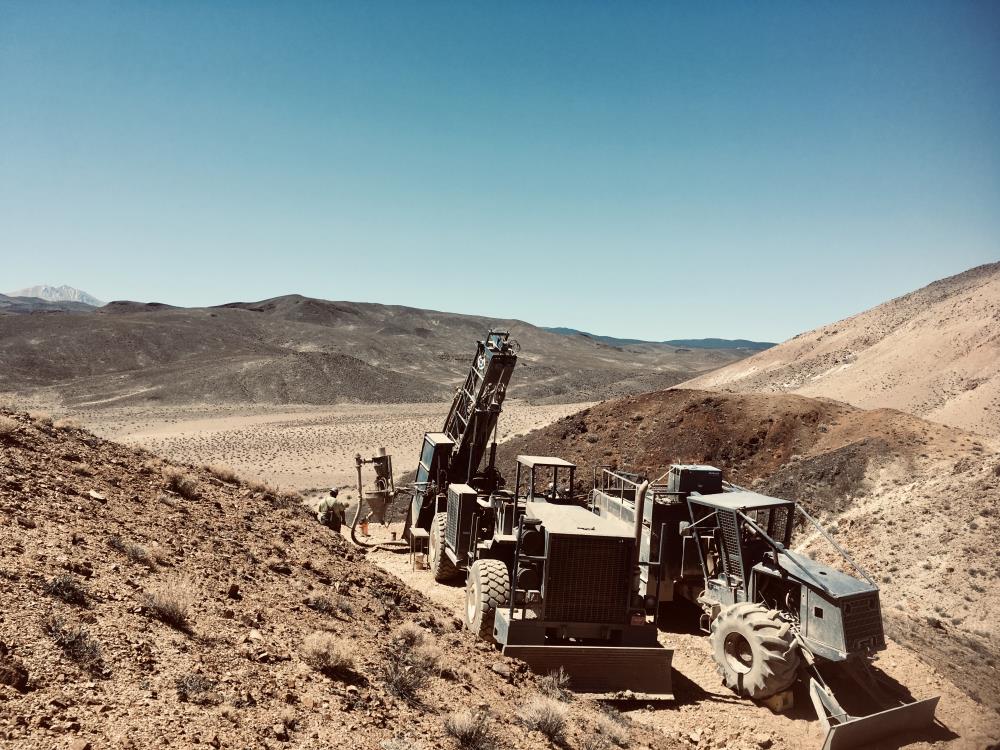 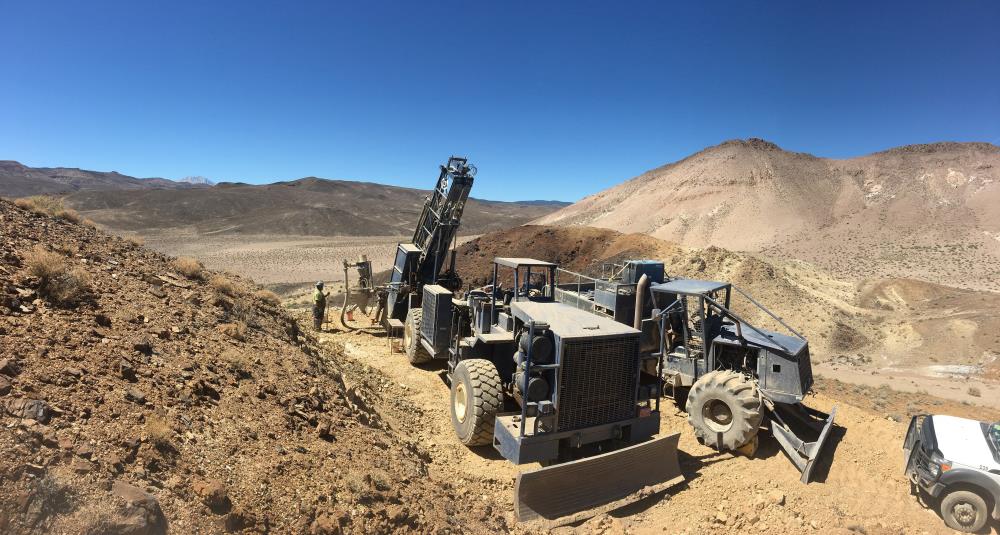 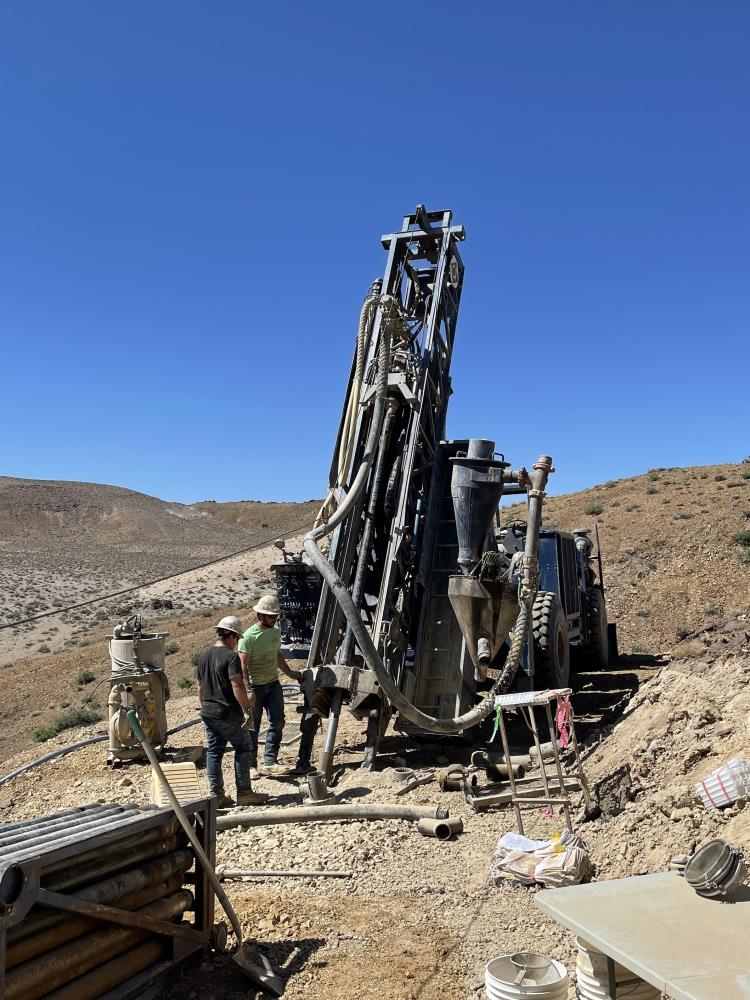 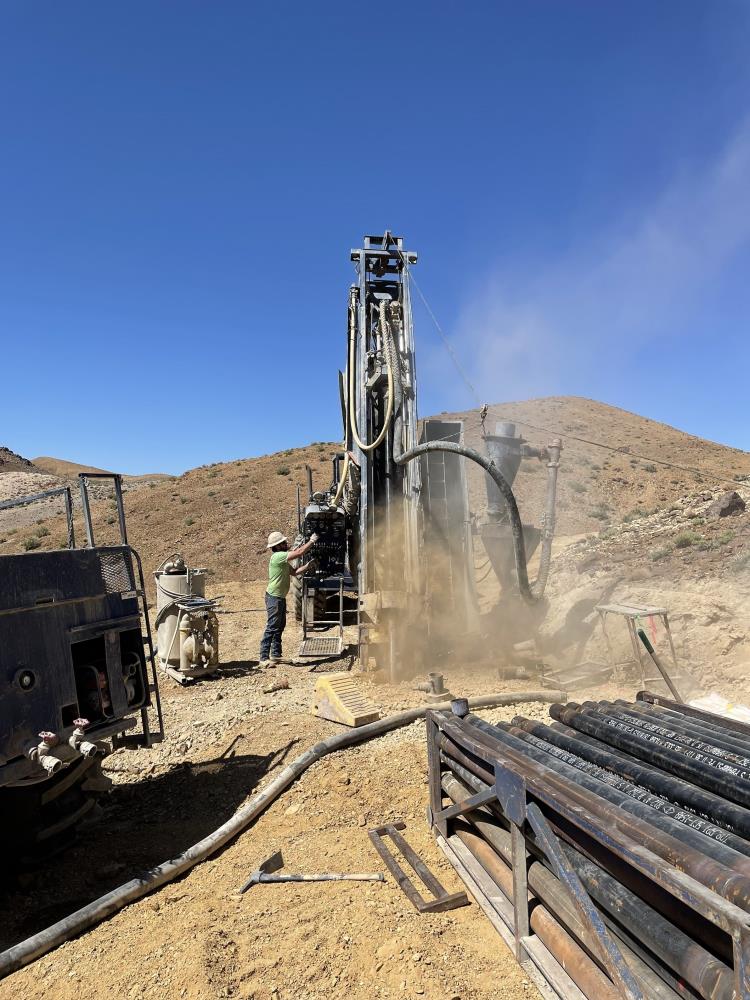 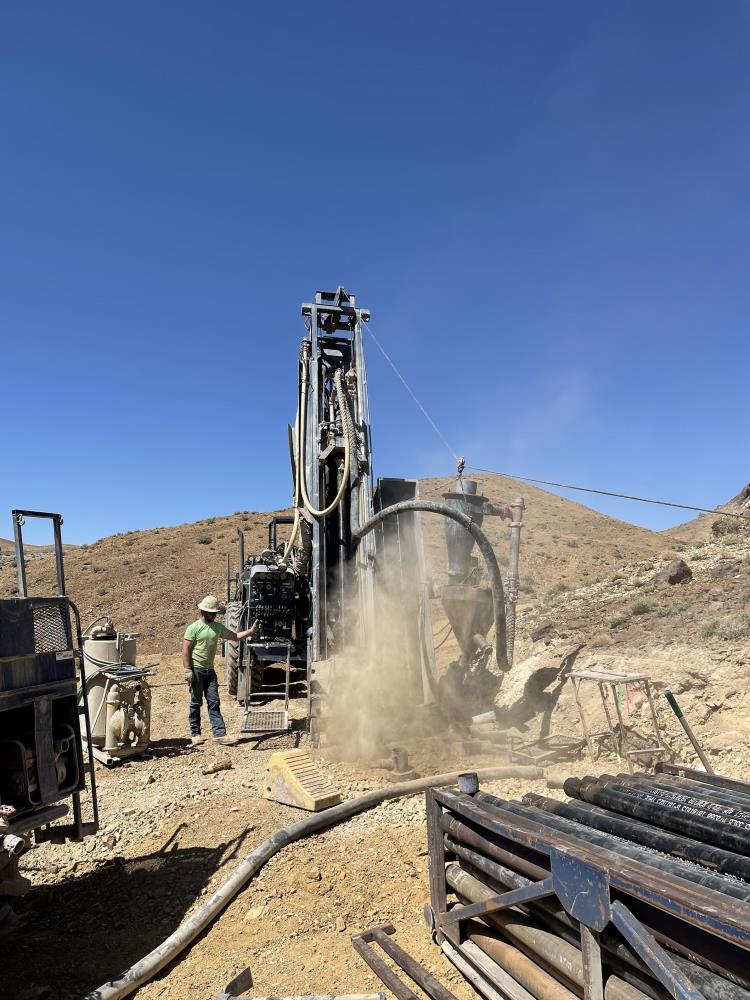 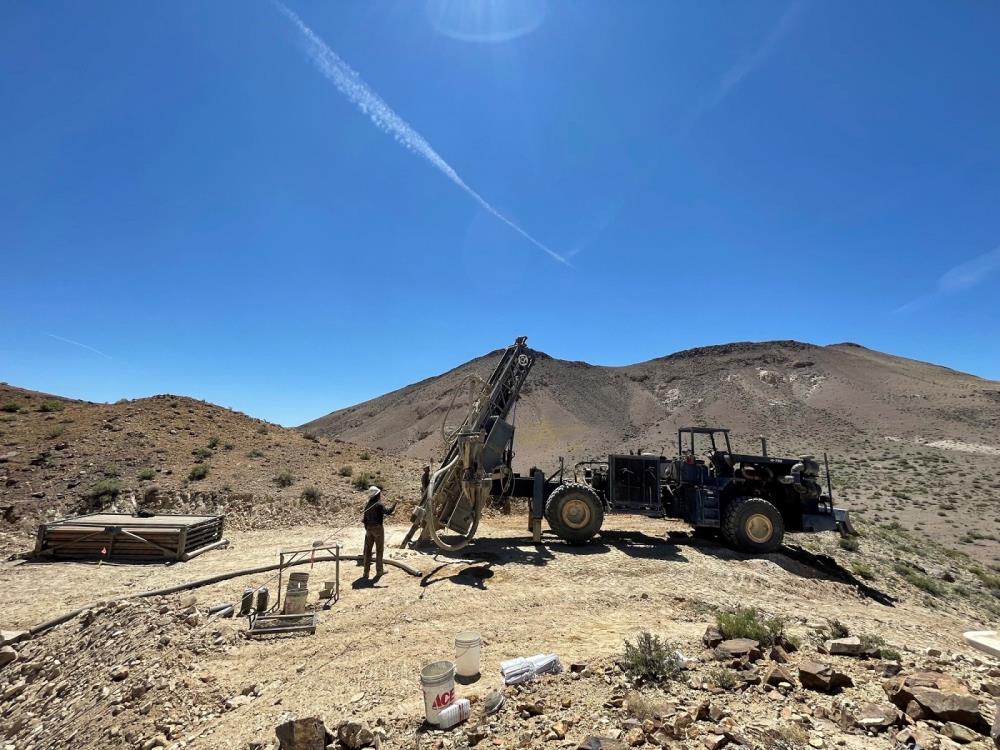 A virgin area which has never previously been drilled or exploited with first drilling completed in 2021. Consists of 3 distinct targets:

First-phase drilling programme in 2021 for gold and silver complete, with six holes drilled at the Southern Alteration Zone ("SAZ") totalling 1,685 feet (515 metres) using a reverse circulation rig. Drilling encountered gold at shallow depths in multiple holes with best intercepts 8.02 g/t Au in one hole and 2.29 g/t Au in another.

During 2022, three further holes have now been drilled in the SAZ with a combined length of 488 metres. High-grade intercepts comparable with those from 2021 were not identified in this year’s drilling, but reportable, anomalous gold values were encountered in Hole 9 which was drilled 100 m to the west of the Hole 7 fence, around the contact between the volcanic-sedimentary package and an iron and manganese-rich gossan (a rust-coloured cap of iron and manganese oxide minerals which can be an indicator of underlying mineralisation) which crops out at surface. There is clear evidence of a continuing gold mineralising system close to the gossan contact.

Hole 10 was drilled under the surface gossan, identifying a zone of low-grade copper enrichment (41.15 m at 0.13 % Cu, including 3.04 metres at 0.23% Cu and 6.10 metres at 0.24% Cu) associated with iron and manganese bearing horizons. This zone is open at depth and along strike, being the first hole that has intersected the material which crops out as gossan, and is a completely new development at Rock House which will be evaluated and followed up.

The geology at Rock House is dominated by Palaeozoic and Mesozoic sediments, overlain by Tertiary age volcaniclastics.  The pre-Tertiary sedimentary units consist of flaggy brown and grey slates in the north and black carbonaceous siltstones in the south. Tertiary age volcanic units include rhyolites in the west and mafic tuffs to the north, which unconformably overlay the basement units.  The basement slates and siltstones are considered contemporaneous with the Candelaria and Palmetto Formations found to the East at Candelaria, which host the bulk of the Silver mineralisation found there.

At Rock House, massive-sulphide bearing oxidised quartz breccia veins, with pervasive silicification and argillic alteration on faulted contacts between the slate, siltstone and rhyolites, have been mapped and sampled. These mineralised structures are traceable across the entire 2.7 km E-W extent of the RH claim block and have been designated as the Eastern Shear Zone ("ESZ") prospect.

A subsequent soil sampling campaign over the remainder of the basement exposure at RH Group has clearly identified two further prospective zones of mineralisation, in addition to the Eastern Shear Zone previously mentioned.  These two new prospects have been designated as the Northern Slate Zone ("NSZ") and the Southern Alteration Zone ("SAZ").