The Olympic claims are situated at the intersection of 2 major gold trends; the north-south  Rawhide - Paradise Peak - Tonopah trend and the east-west Aurora – Borealis - Santa Fe - Round Mountain trend.

In 2021 Great Western drilled a number of targets at Olympic, with encouraging results, and has follow-up drilling planned. In addition field work has located a very large tailings heap dating from the abandoned OMCO Mine, together with a significant stockpile of material which was never processed when the mine was in production. An initial survey of the tailings heap shows it to cover a surface area of approximately 11,000m². Samples are currently being assayed and Great Western is at an early stage of formulating (1) a cyanide leaching proposal for the tailings heap and (2) a gravity separation plan for the stockpile. 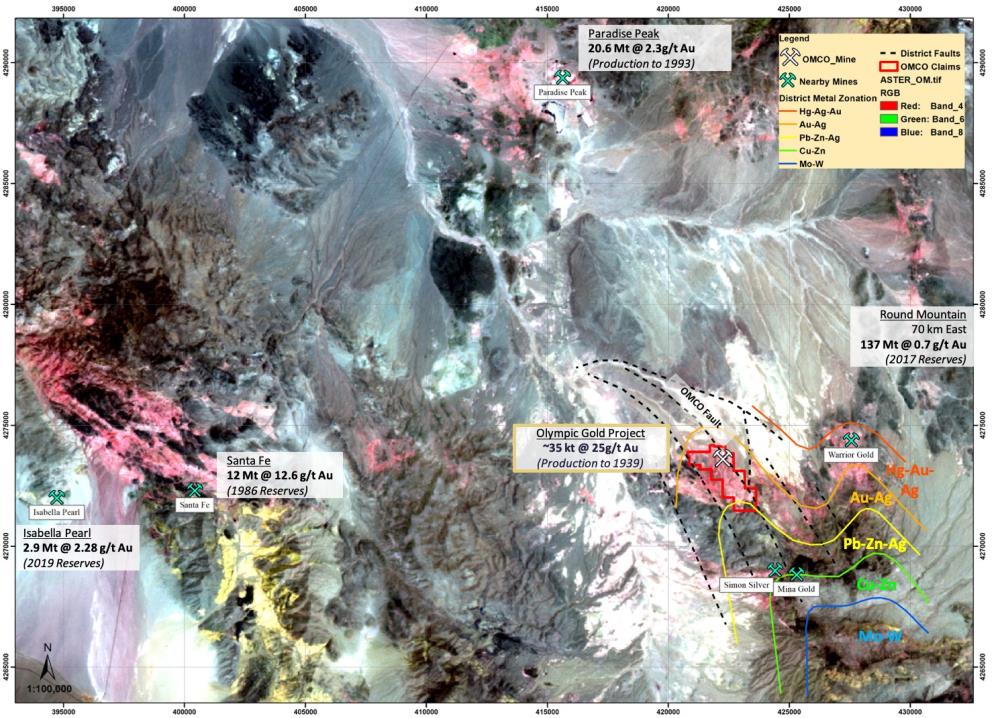 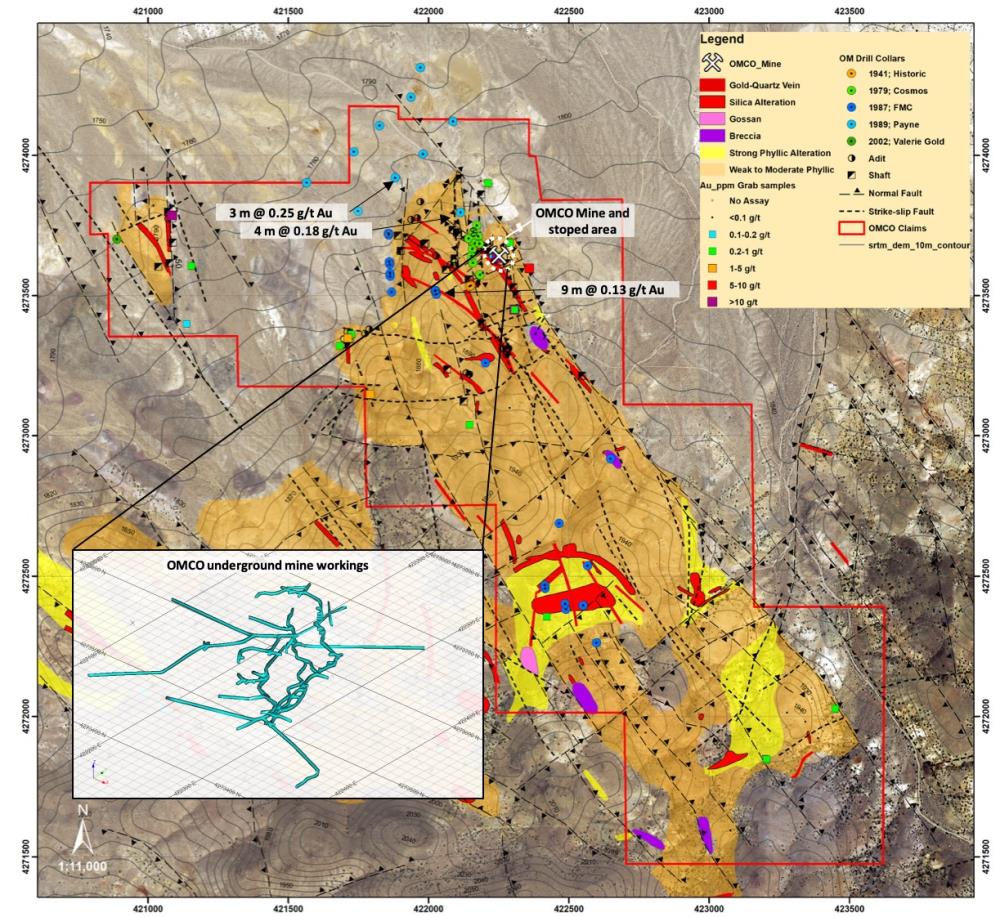 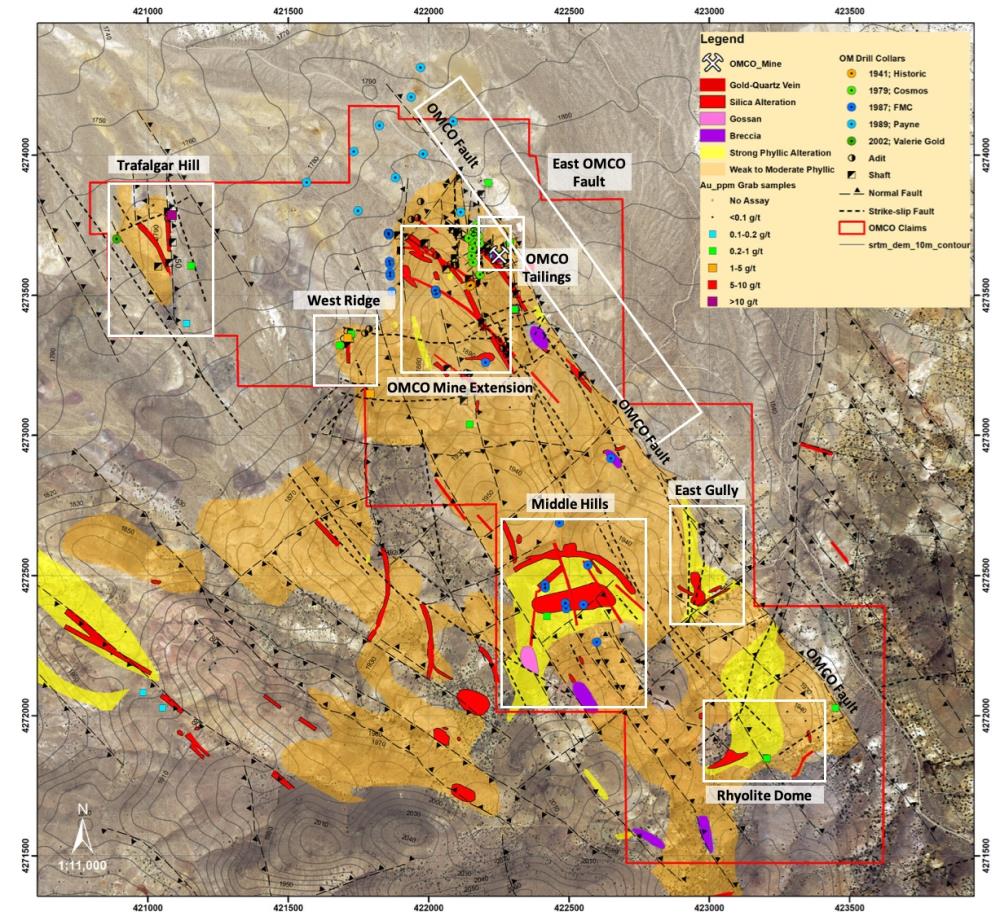 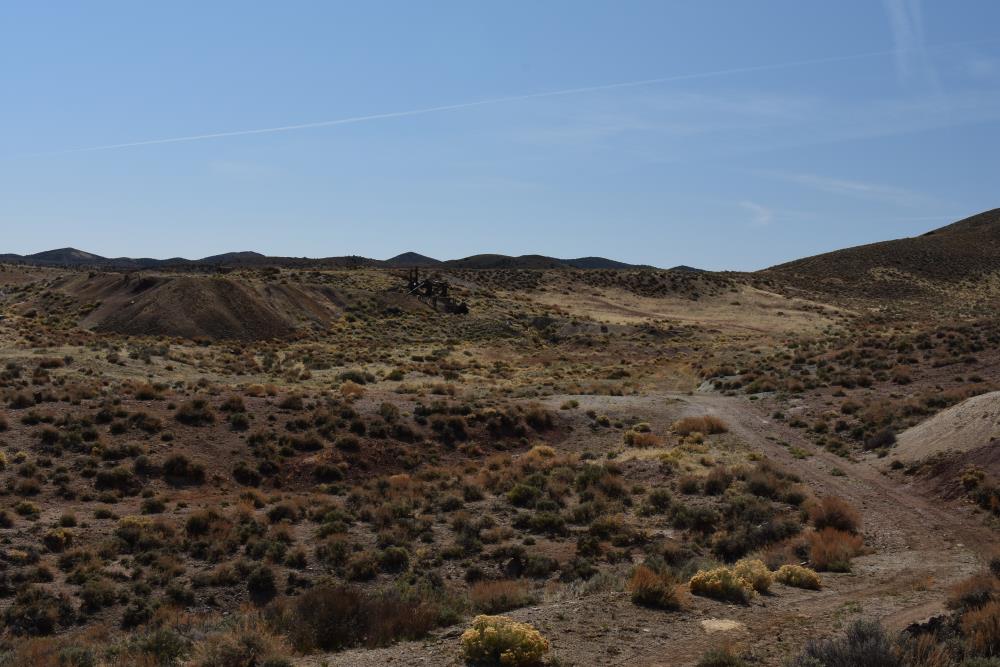 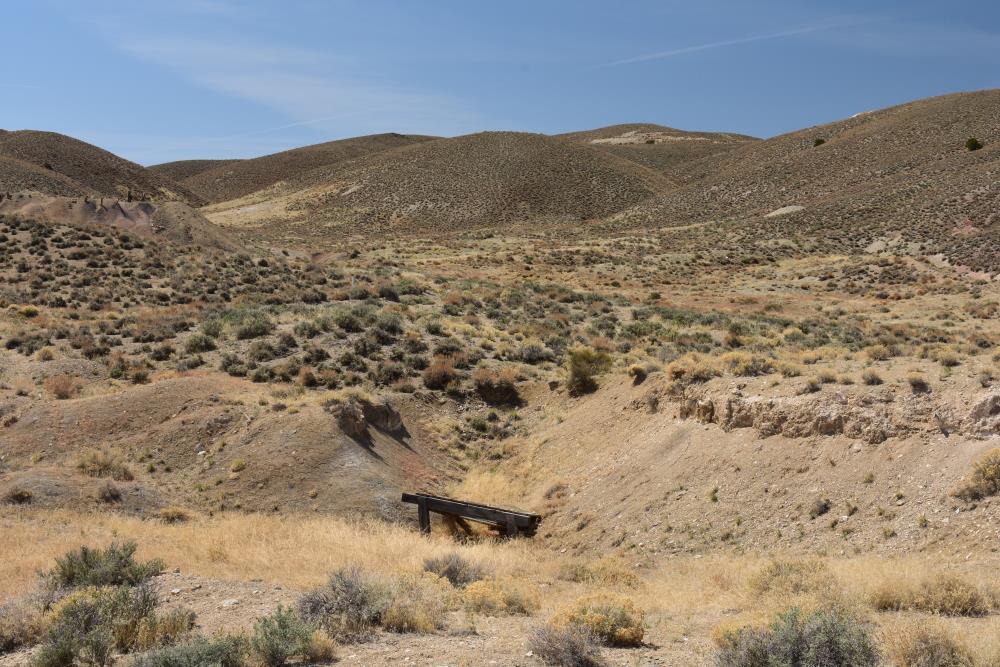 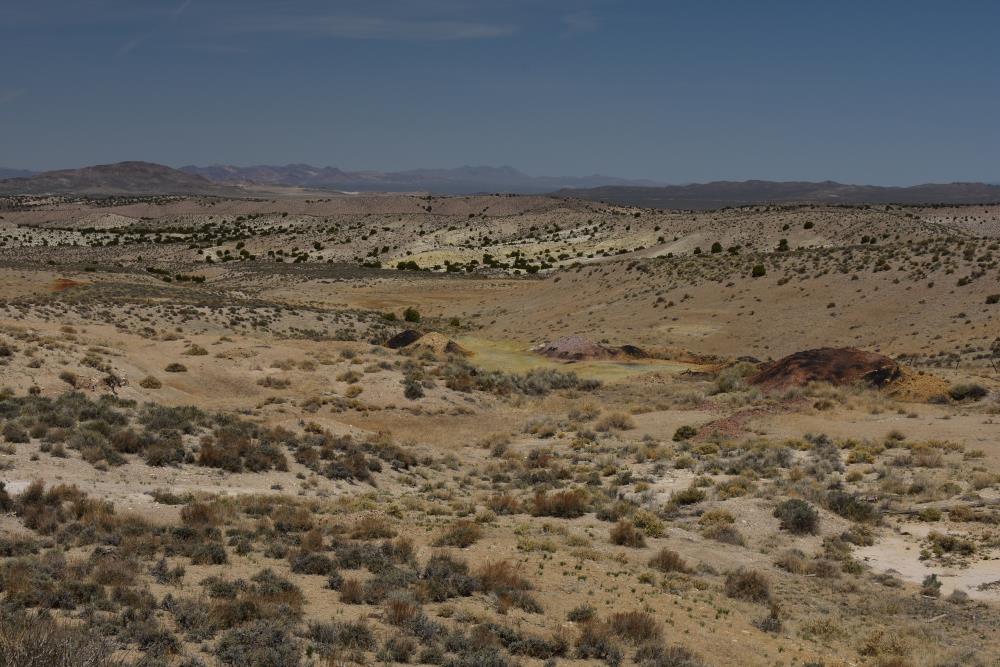 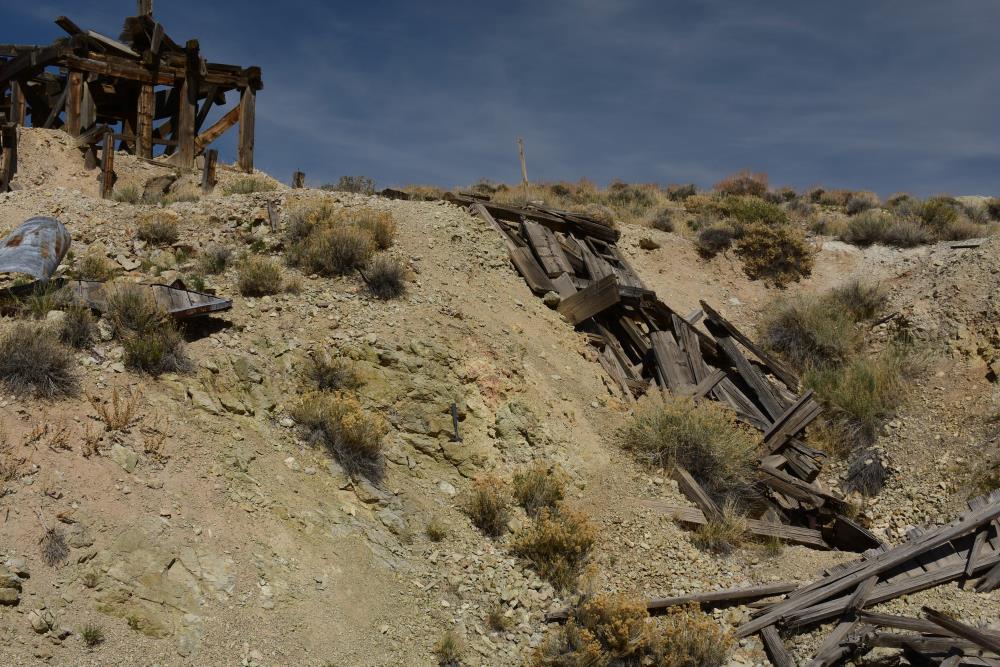 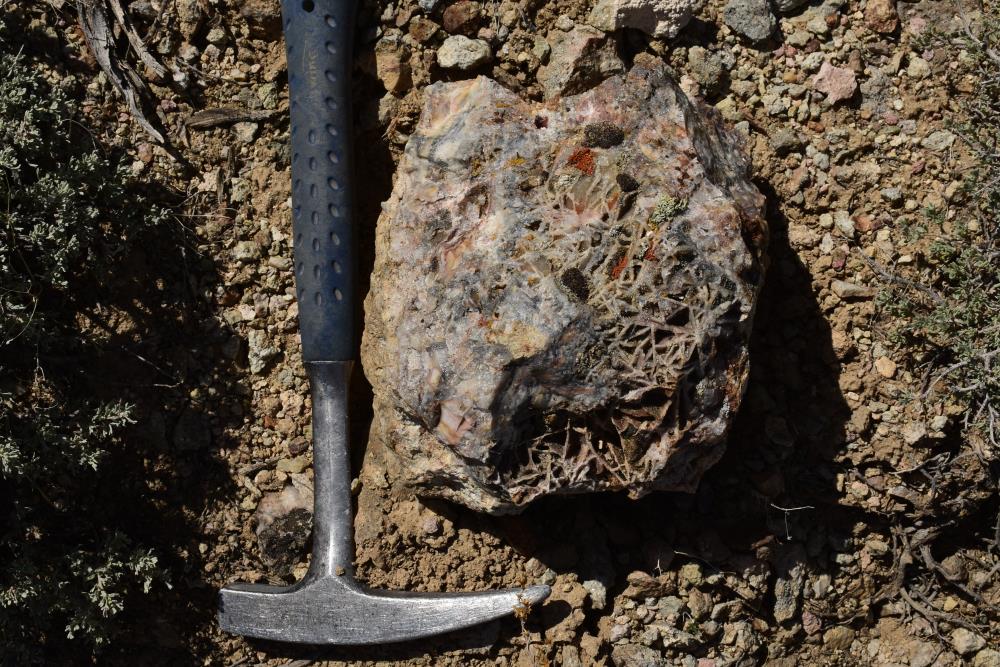 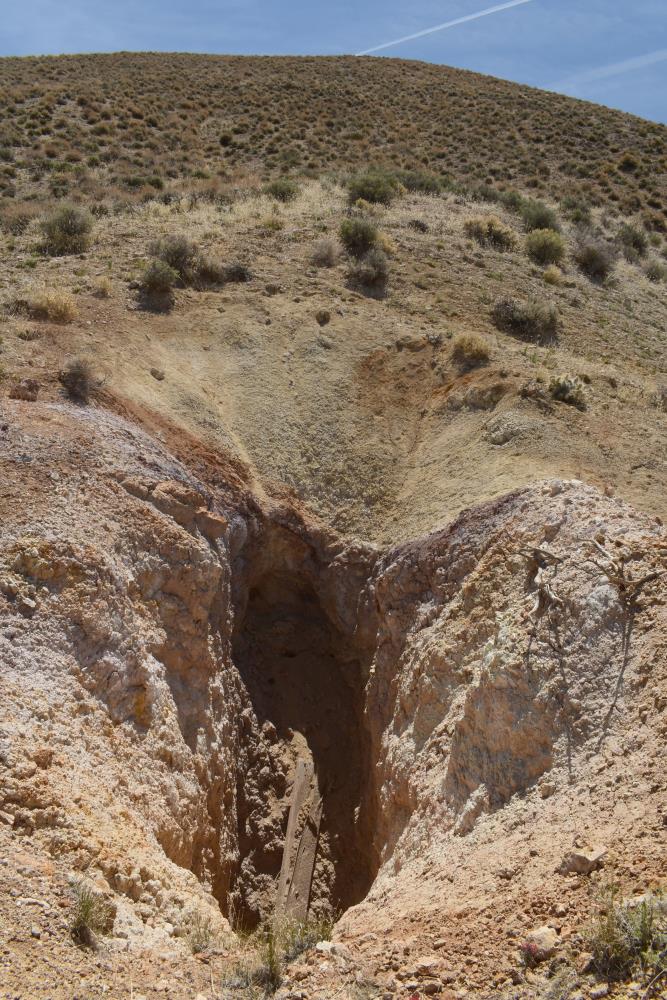 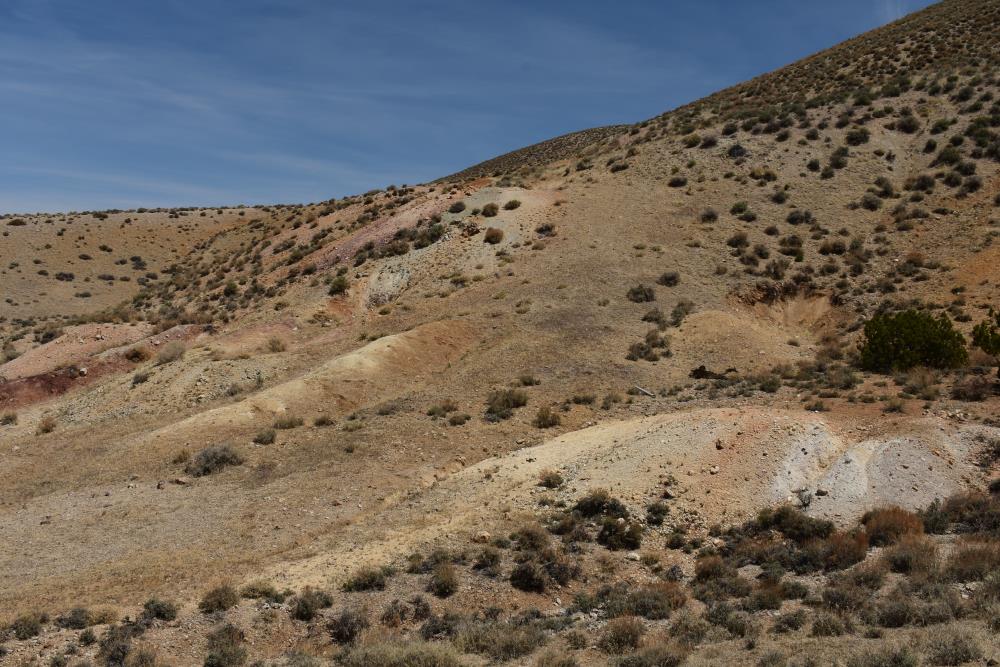 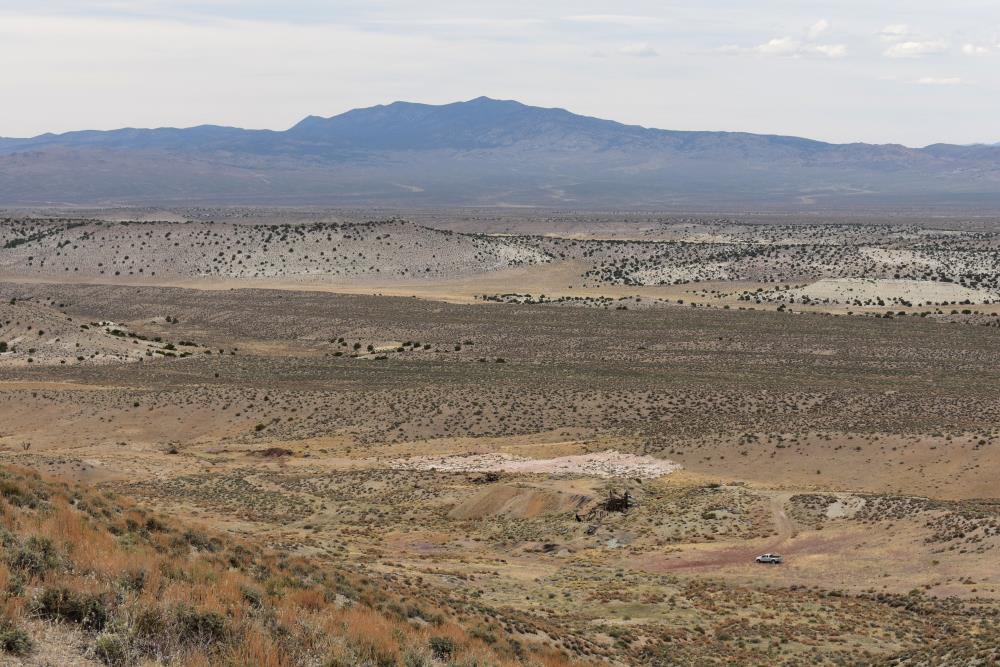 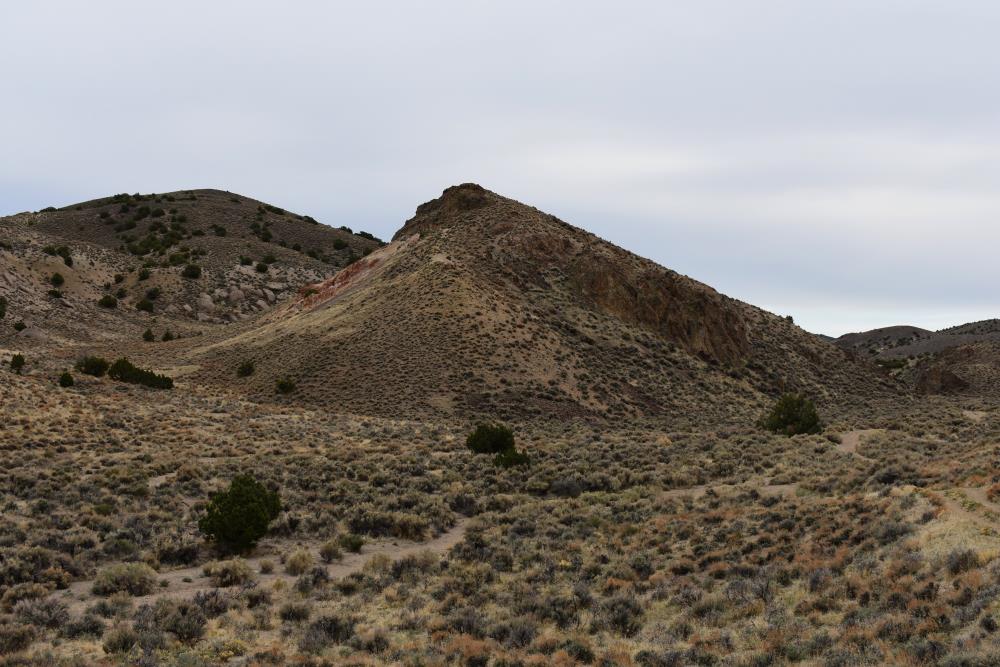 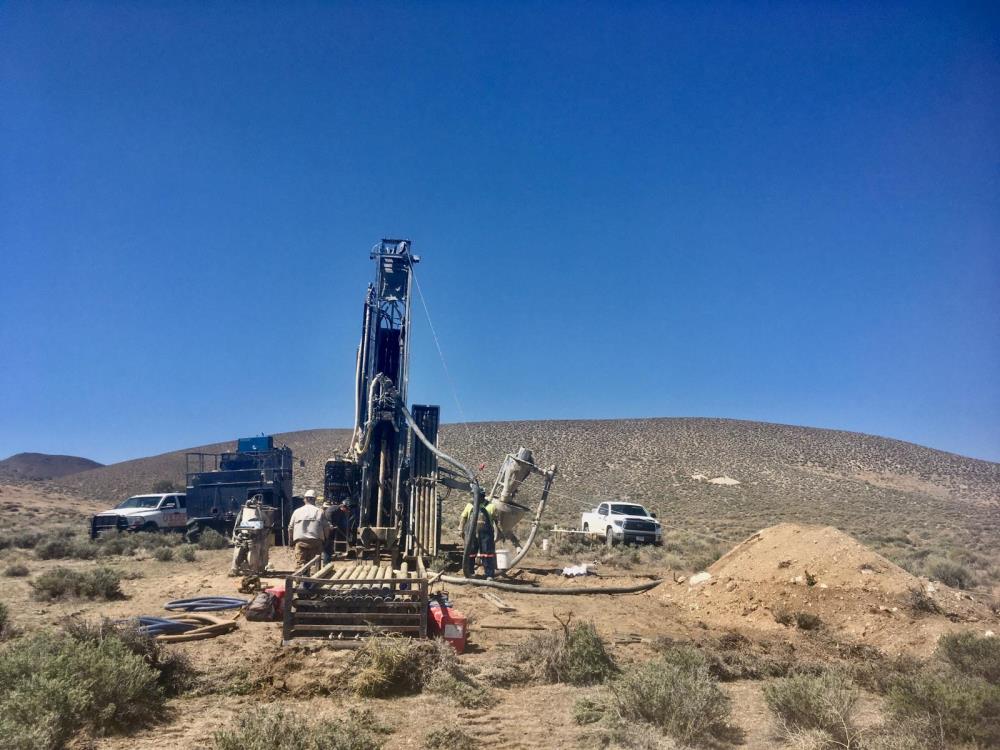 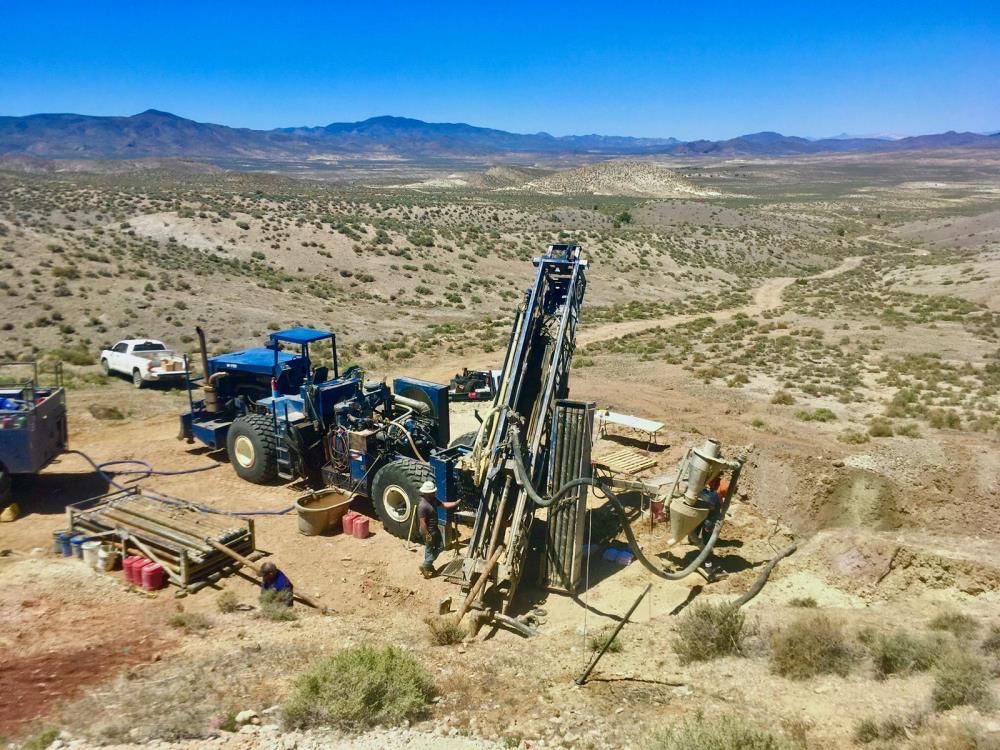 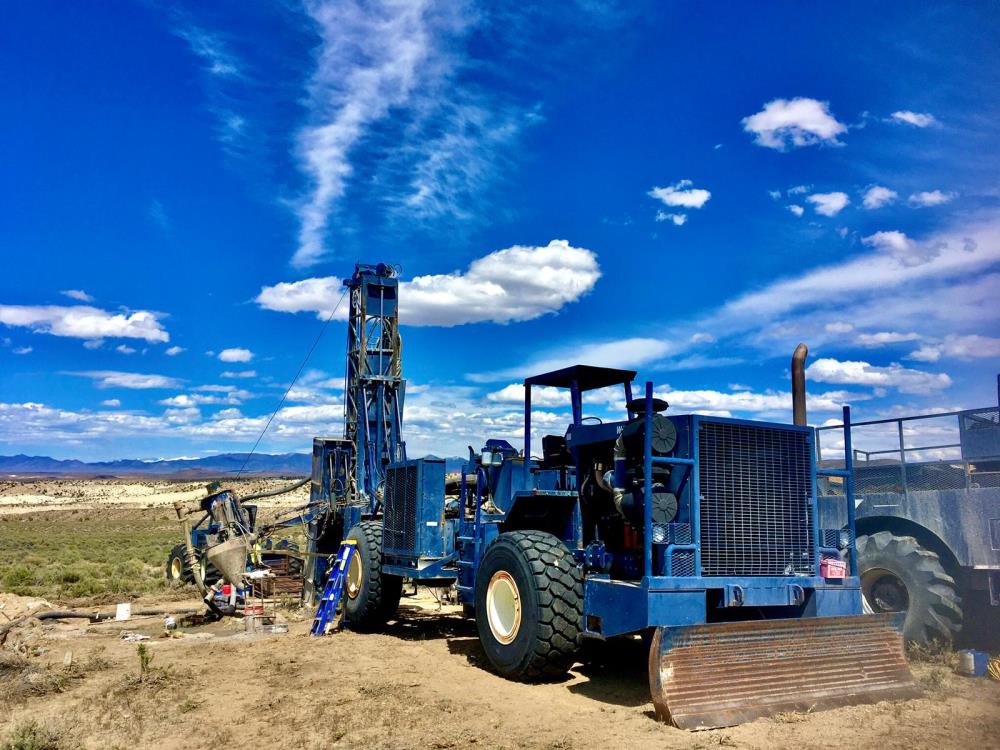 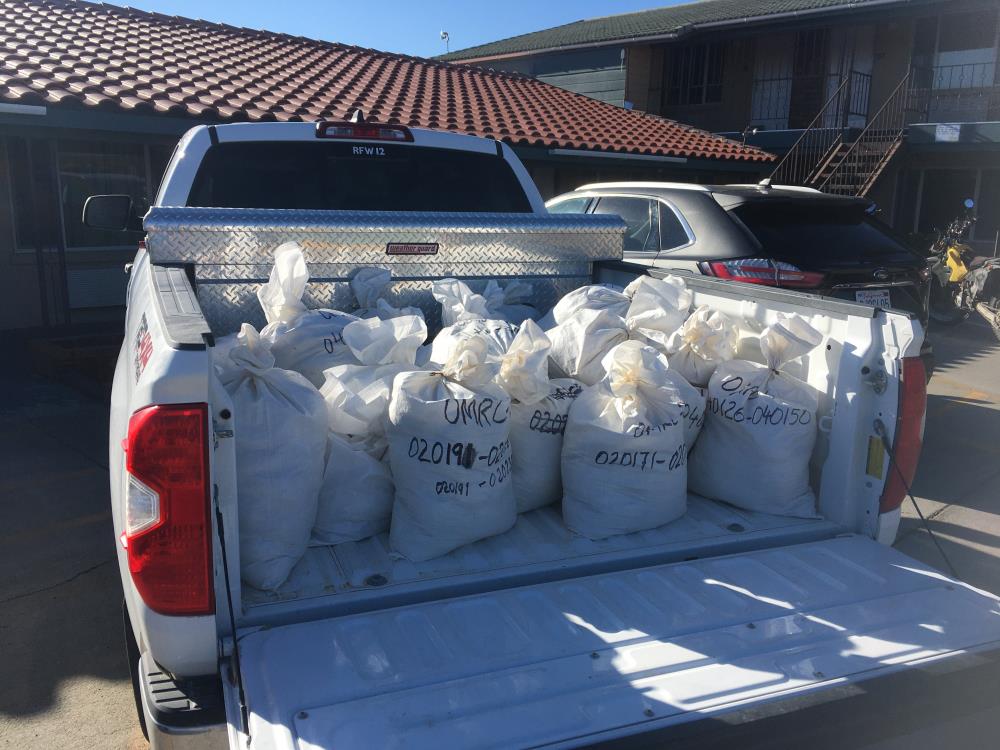 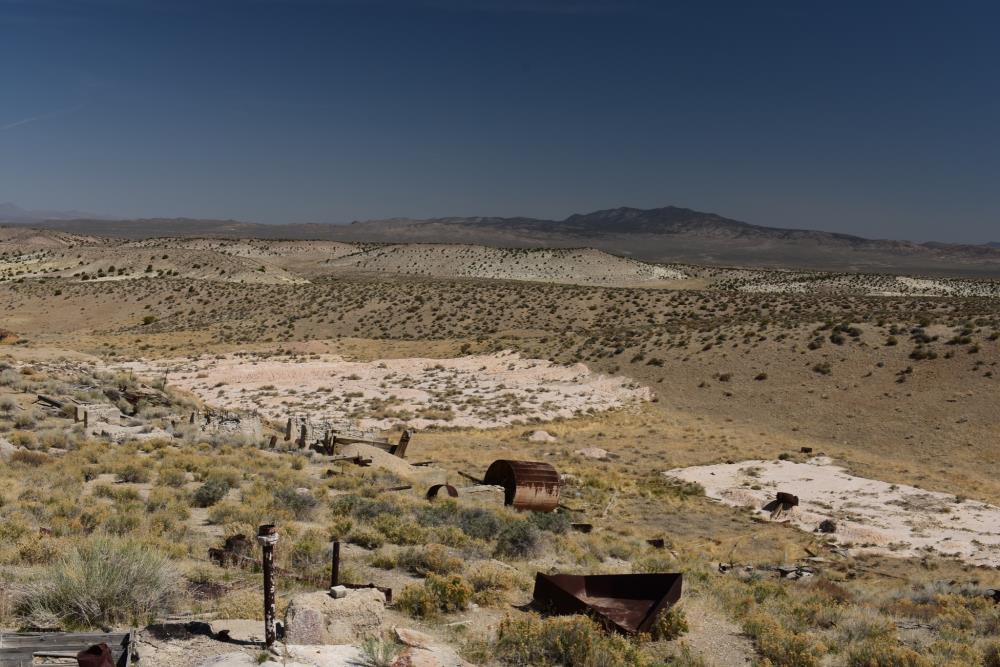 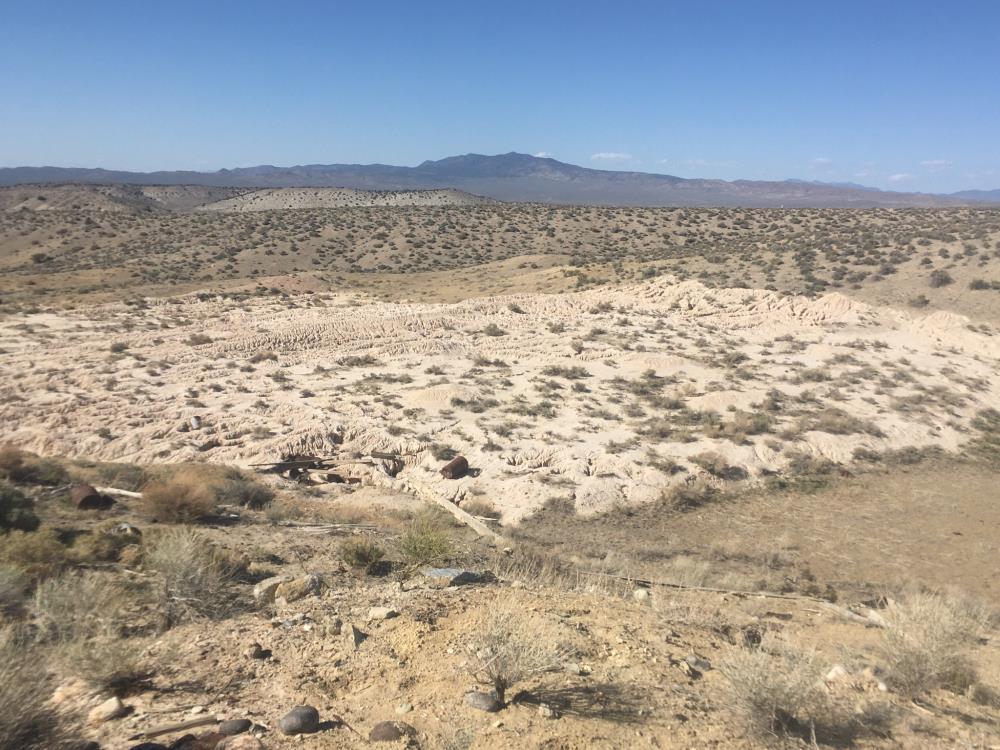 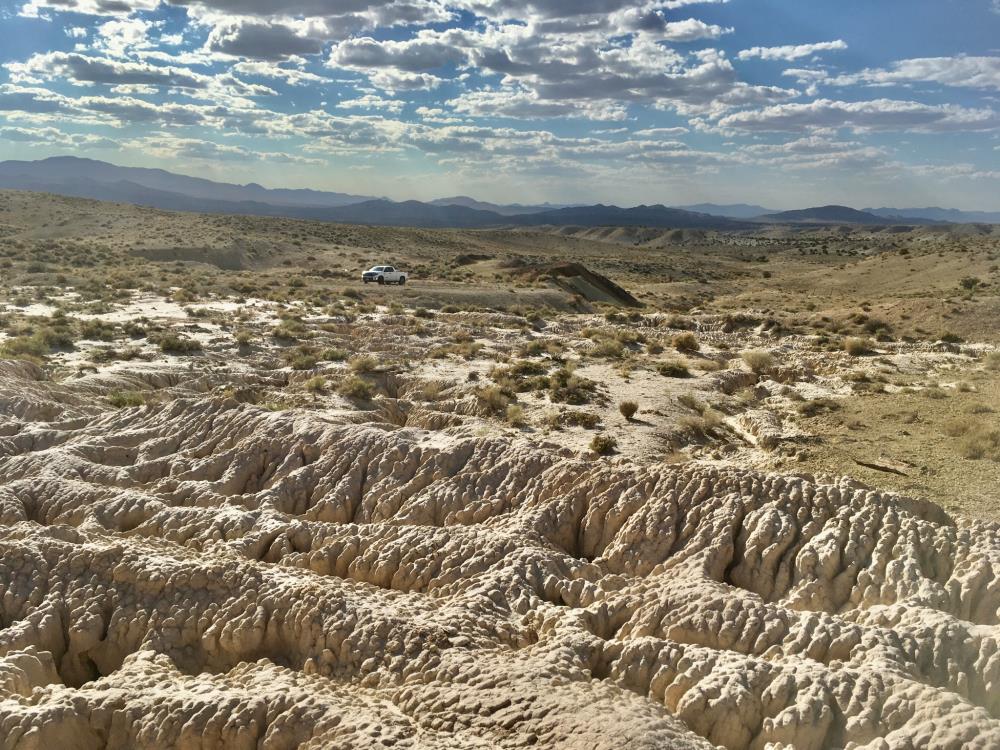 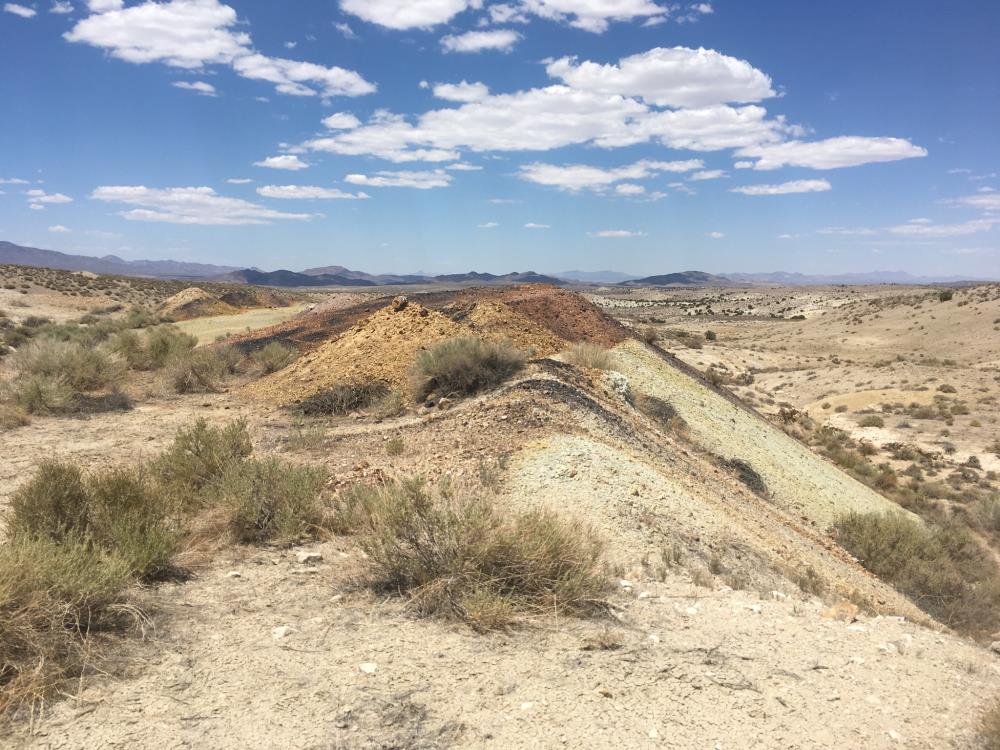 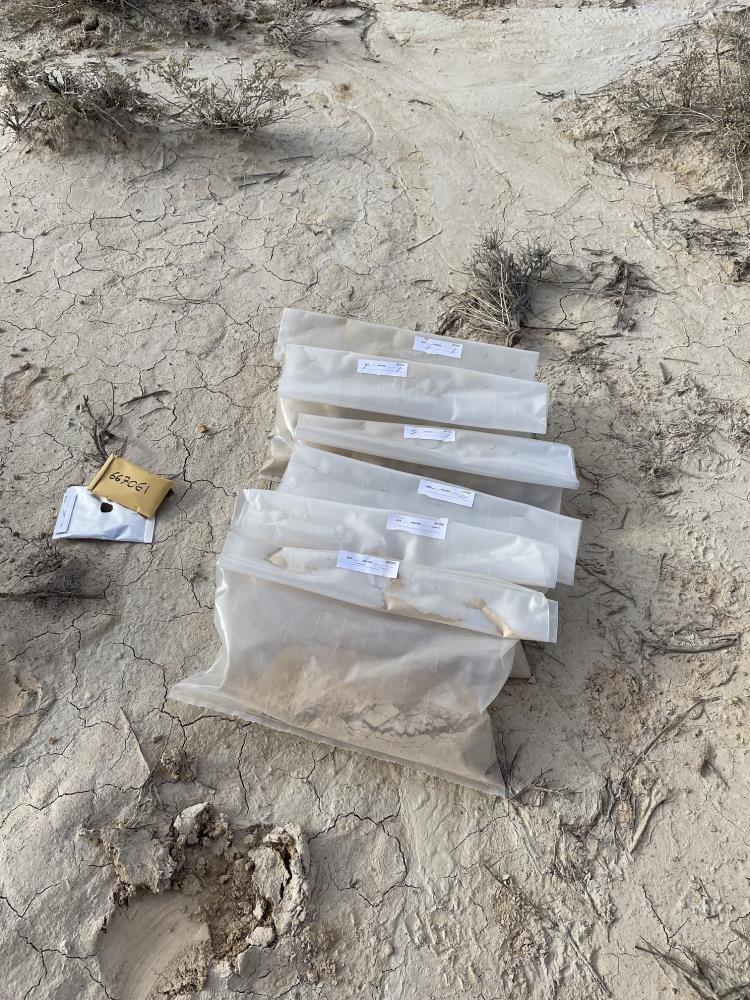 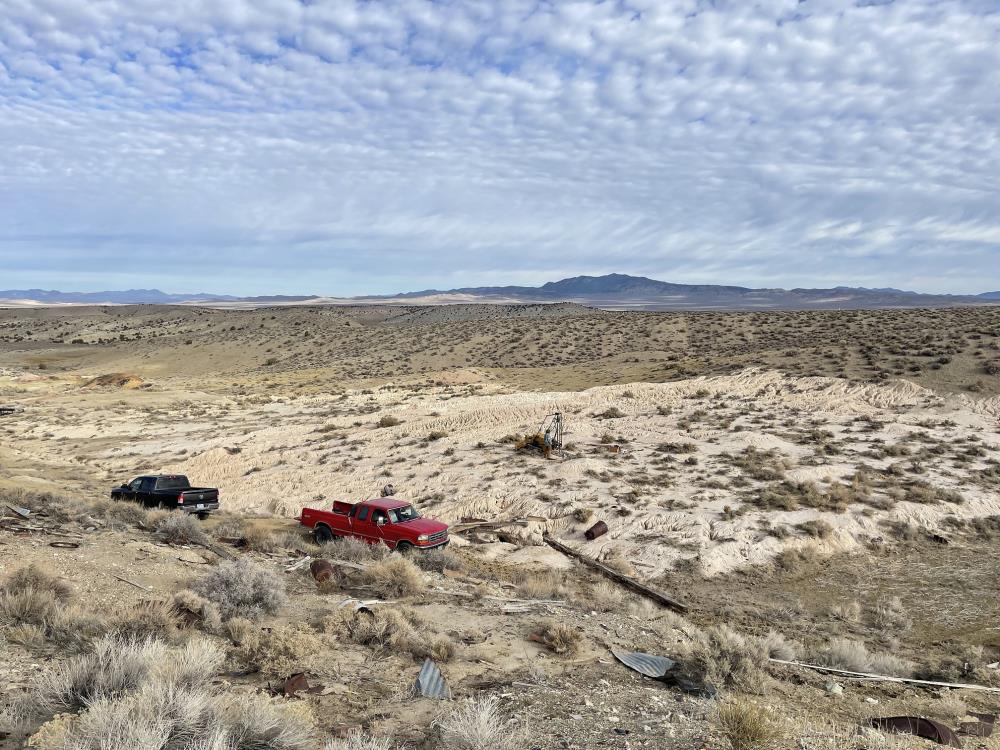 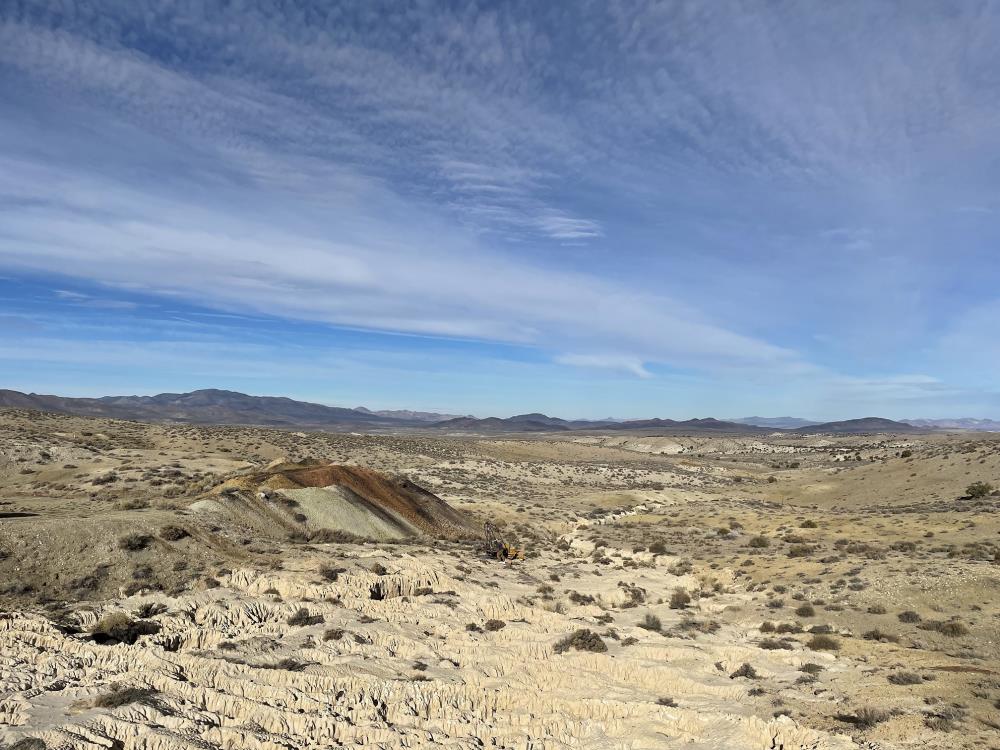 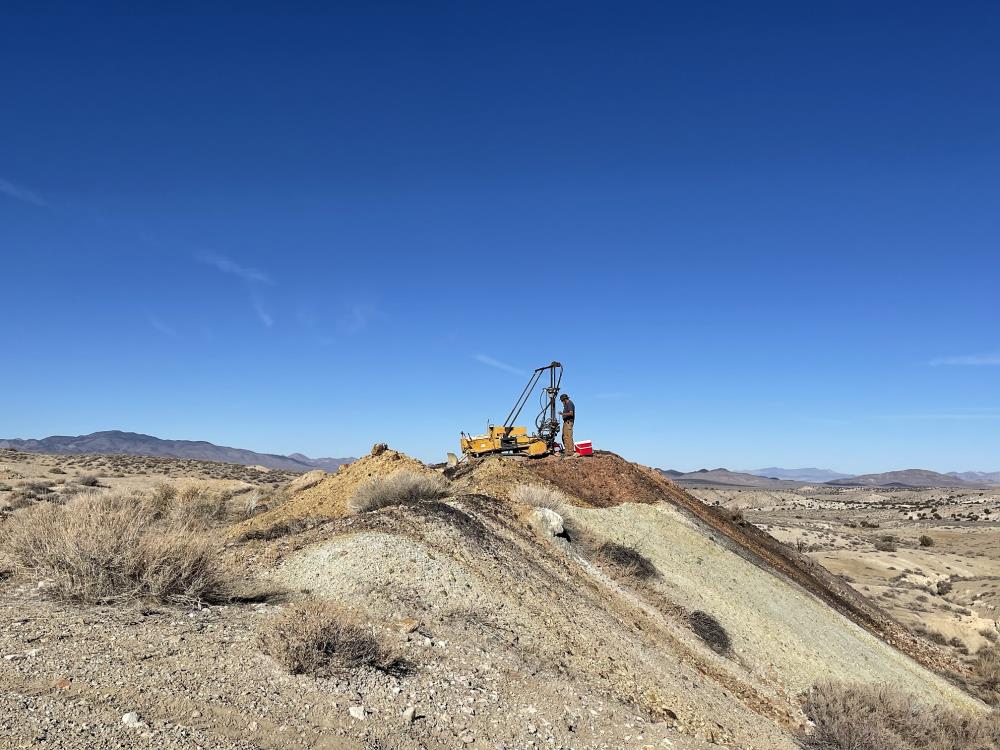 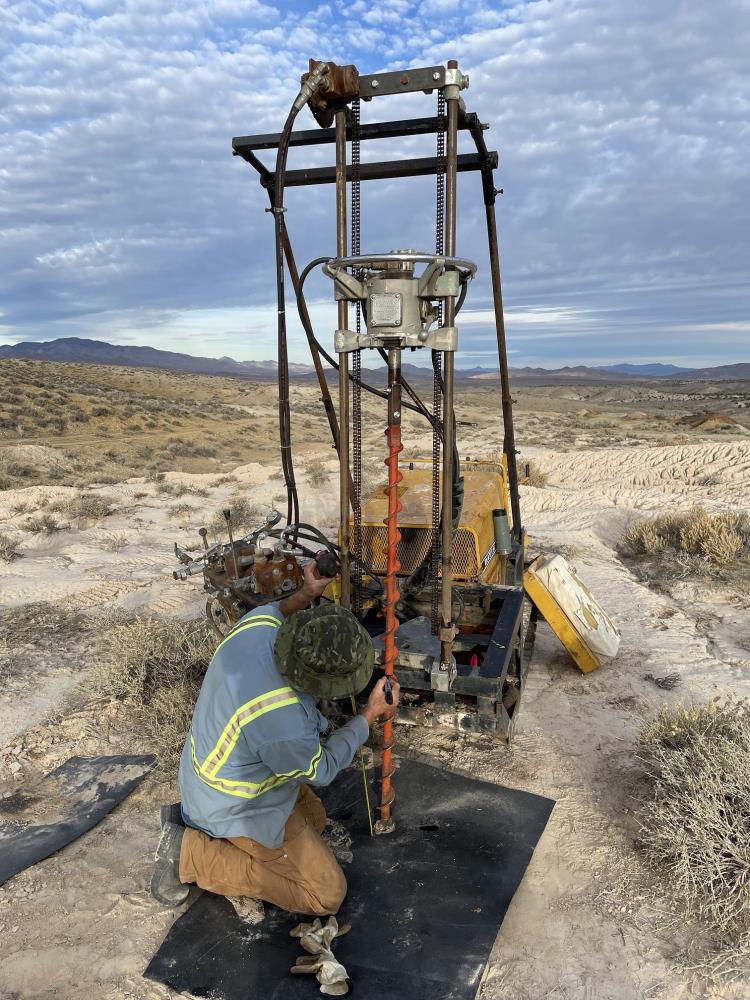 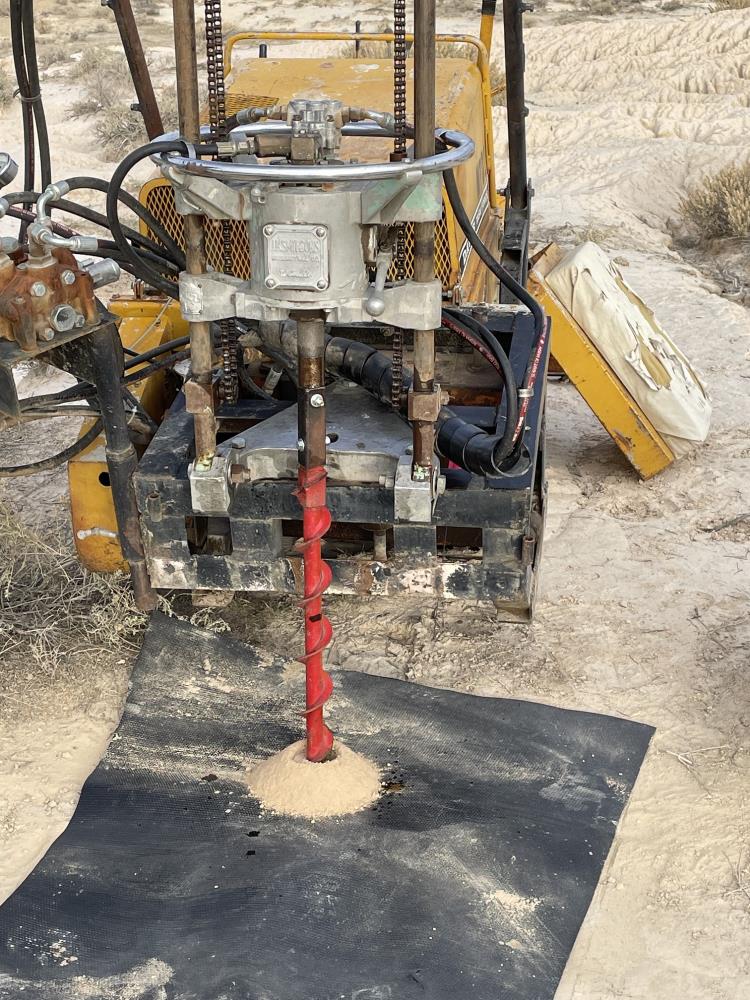 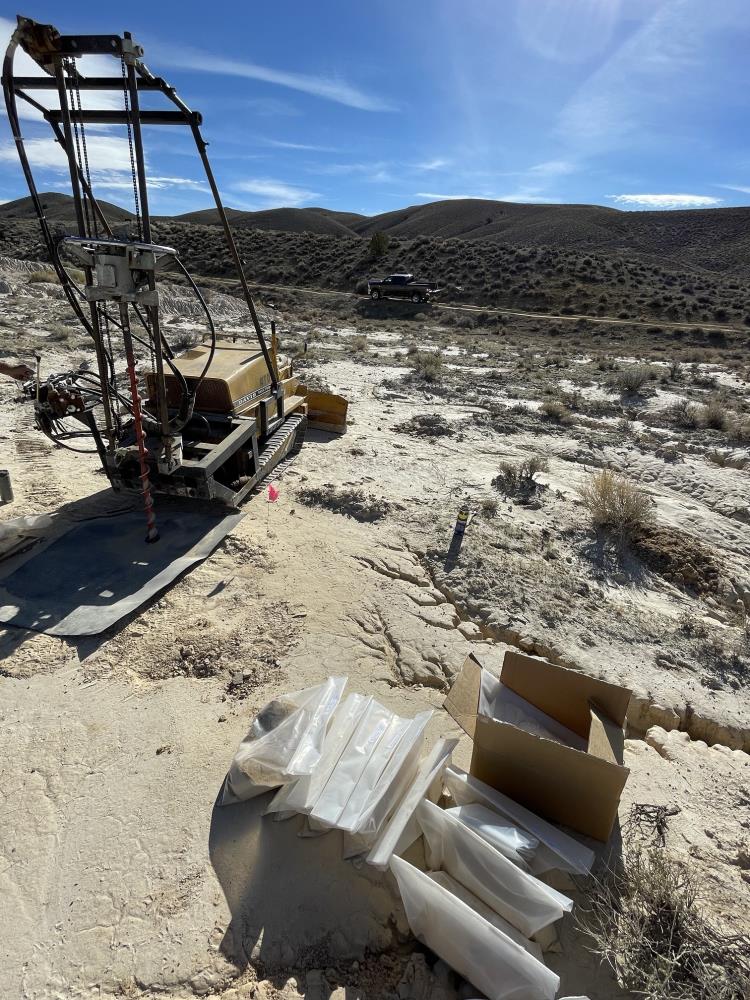 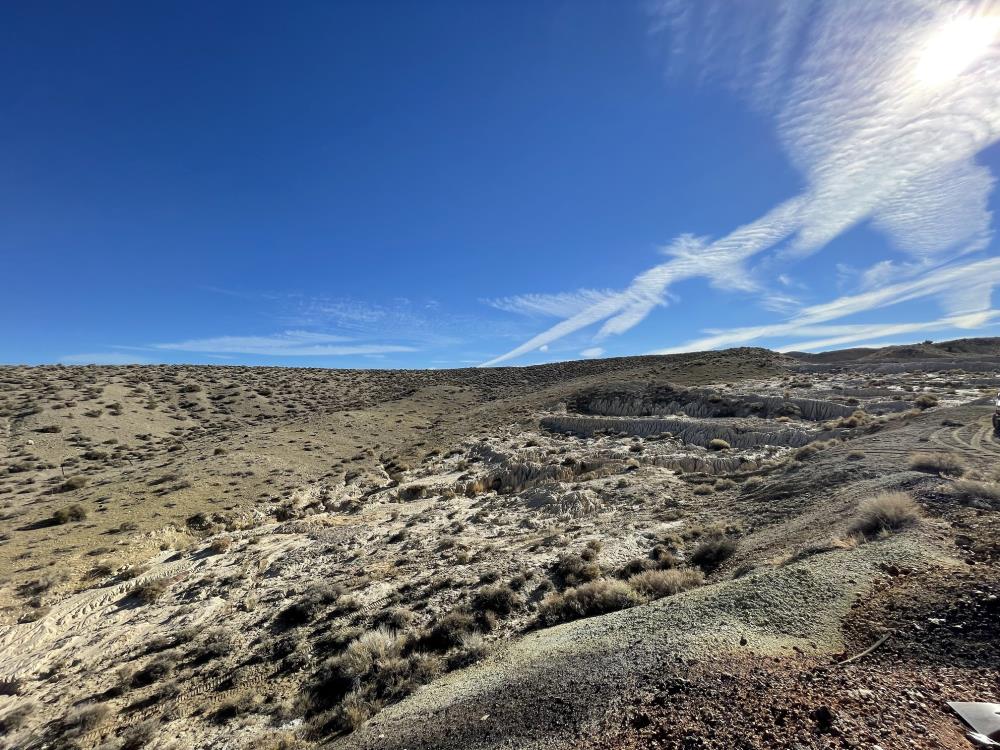 Great Western’s digitised geological database for the historic activity at Olympic consists of:

The 825-acre Olympic group of claims are located on  the northern flanks of the Cedar Mountain range in centraleast Mineral County. The mineral deposit type at Olympic is of low sulphidation epithermal banded quartz gold vein style.

- Extension of the remaining OMCO Vein across unexplored fault blocks to the south and west of the mine workings.

- Follow up parallel vein sets both above and below the OMCO Vein indicated by historic drilling, such as the Cosmos Vein.

Extension of two outcropping gold-quartz veins along strike and at depth beneath Quaternary cover.

Area of gold quartz veining, potentially a westerly extension of the OMCO vein. May also be associated with mineralisation seen at Trafalgar Hill to the northwest, with significant post-mineralisation cover occurring between the two prospects.

Similar characteristics to Middle Hills with further intersecting fault orientations adding likelihood of hydrothermal fluid transport and mineral deposition. Placer gold has reportedly been recovered from the target and has potential to link to Middle Hills.

Area of gold-quartz veining and brecciation associated with silica flooding.