The discovery of 51 spoil heaps at historic mine workings, potentially covering 14,000 m², also gives Mineral Jackpot shorter term precious metals processing potential. On 12 July 2022 Great Western announced that it has signed a non-binding Memorandum of Understanding to create a Joint Venture with an experienced Nevada mining contractor, for processing gold and silver from waste material on its mineral concessions in Nevada. The announcement can be viewed here. A further update was announced on 25 August 2022 which can be viewed here. 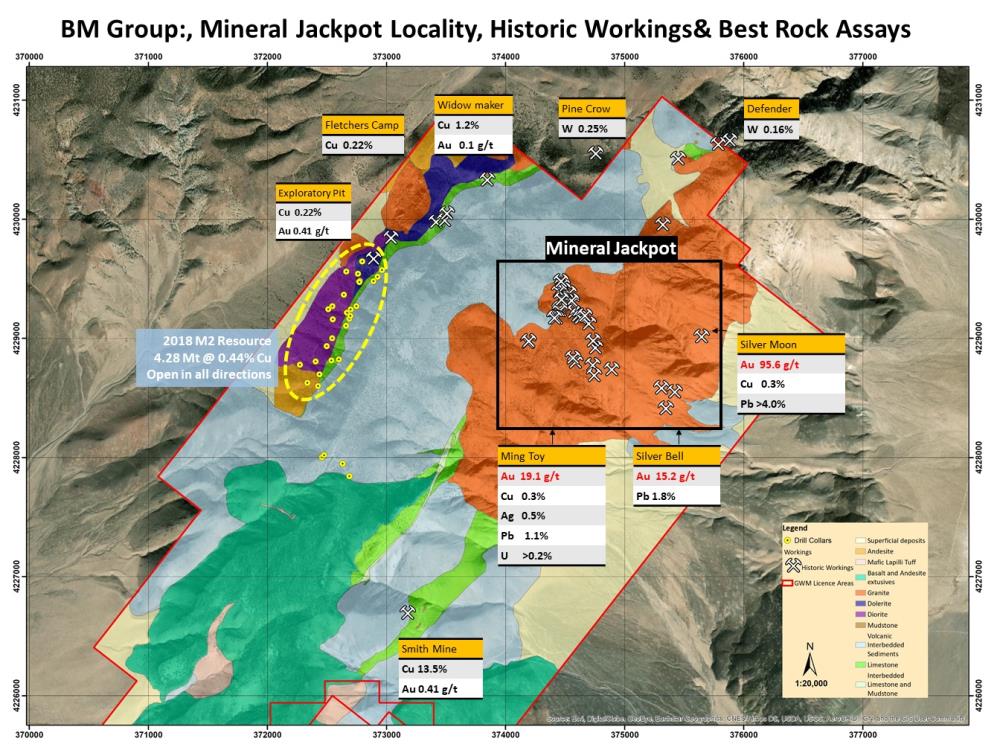 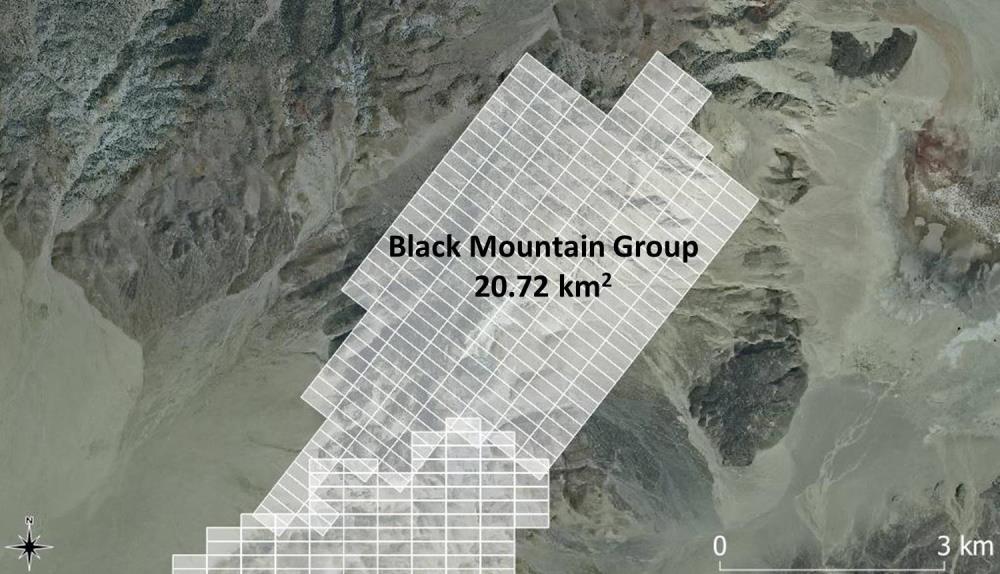 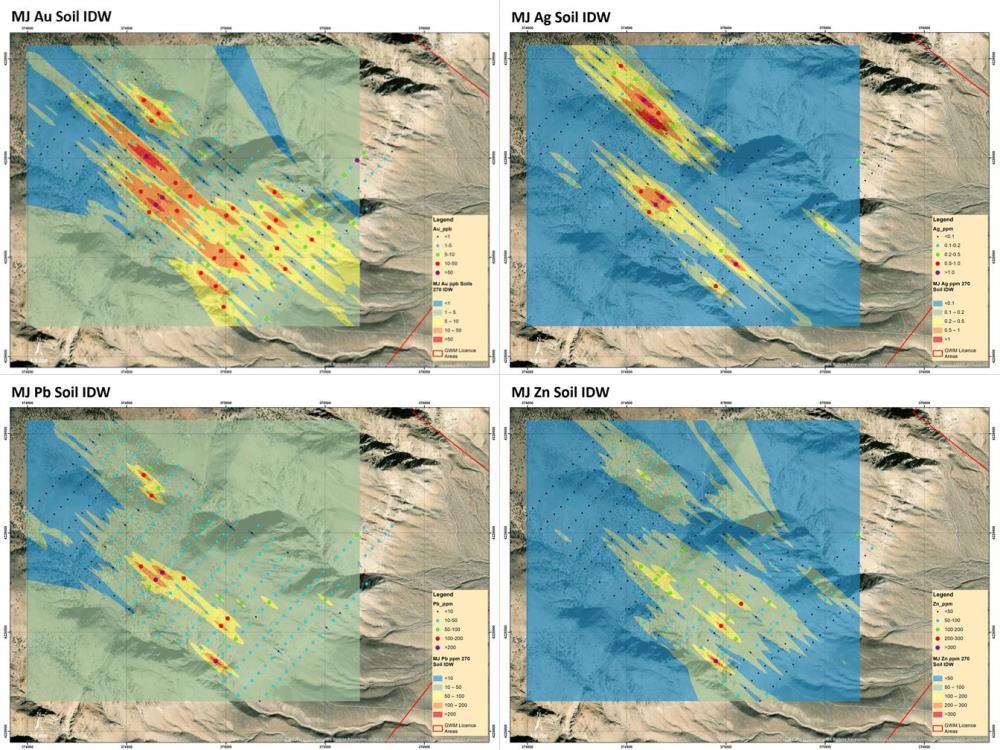 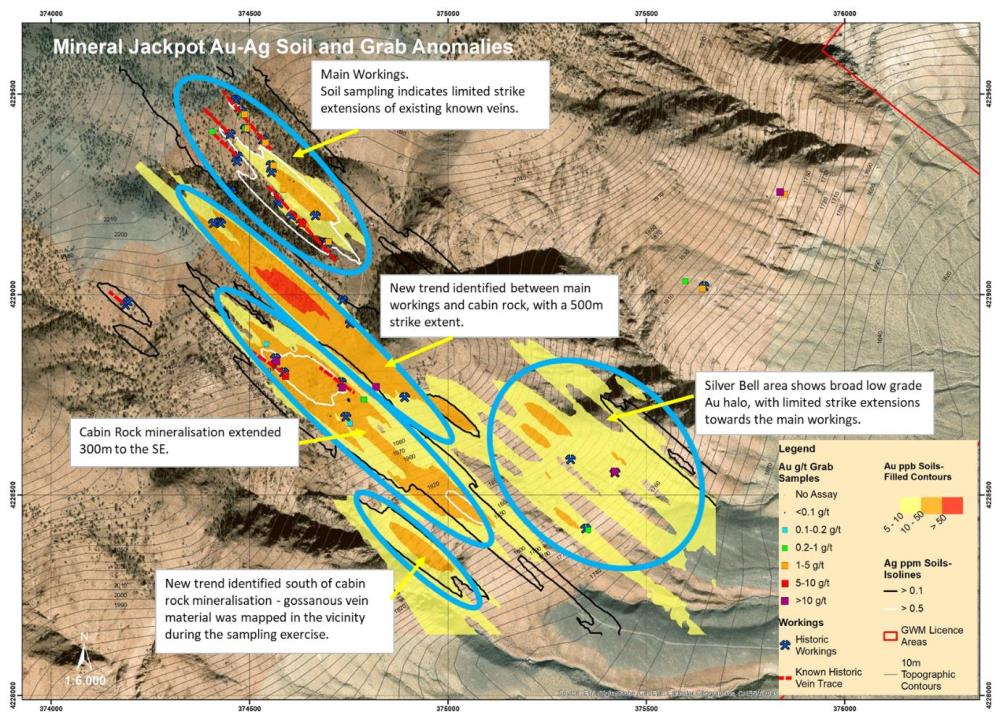 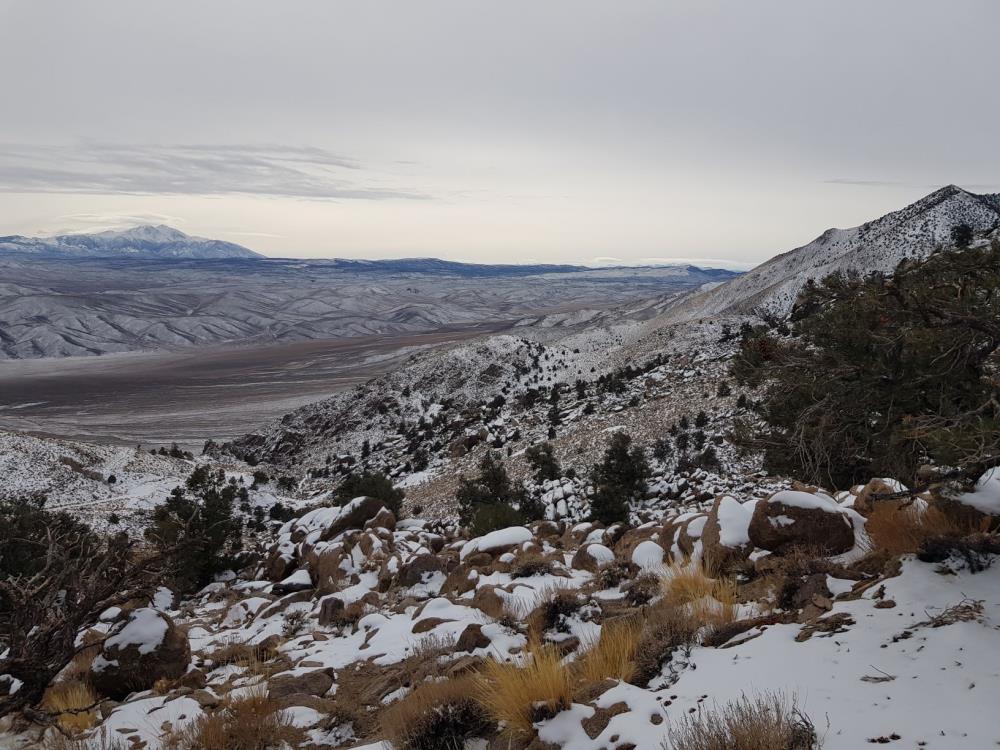 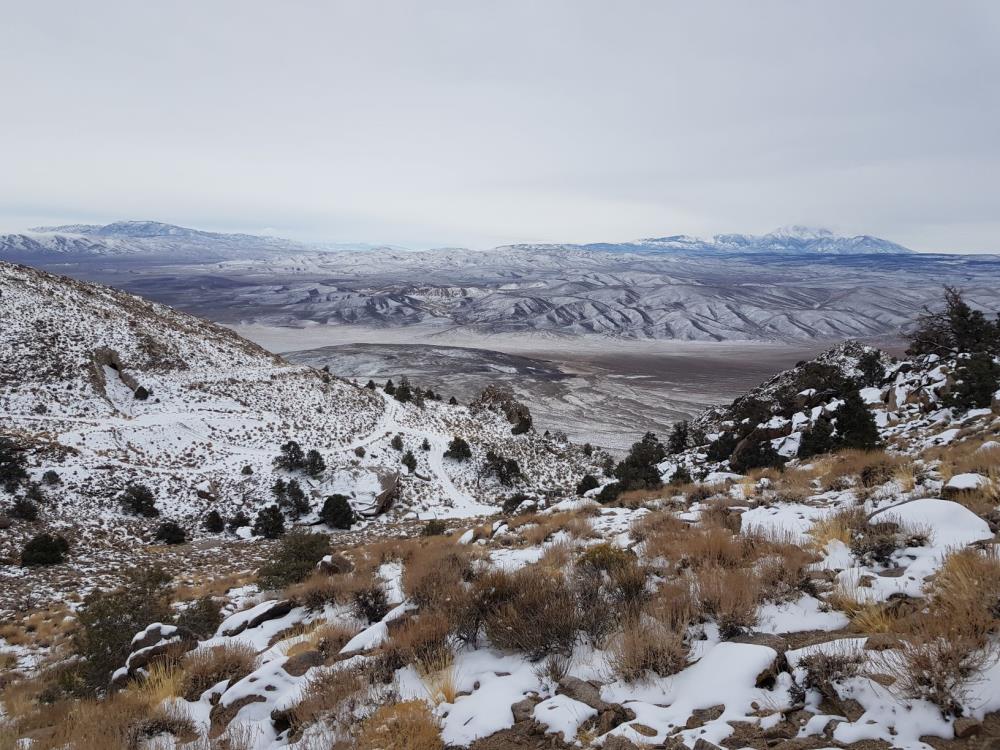 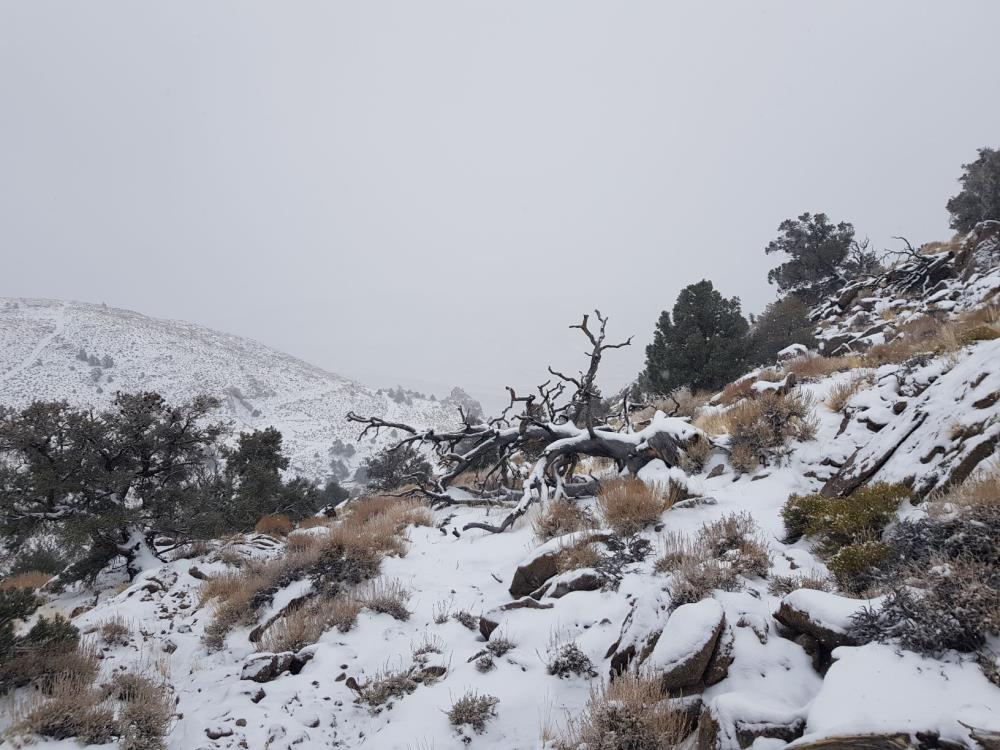 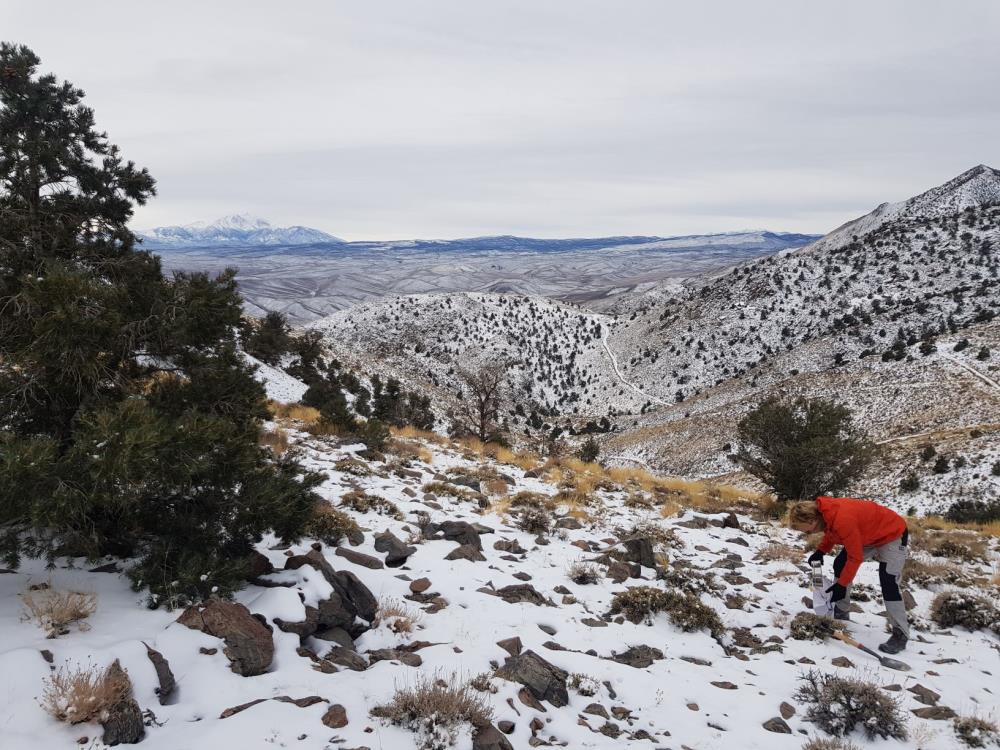 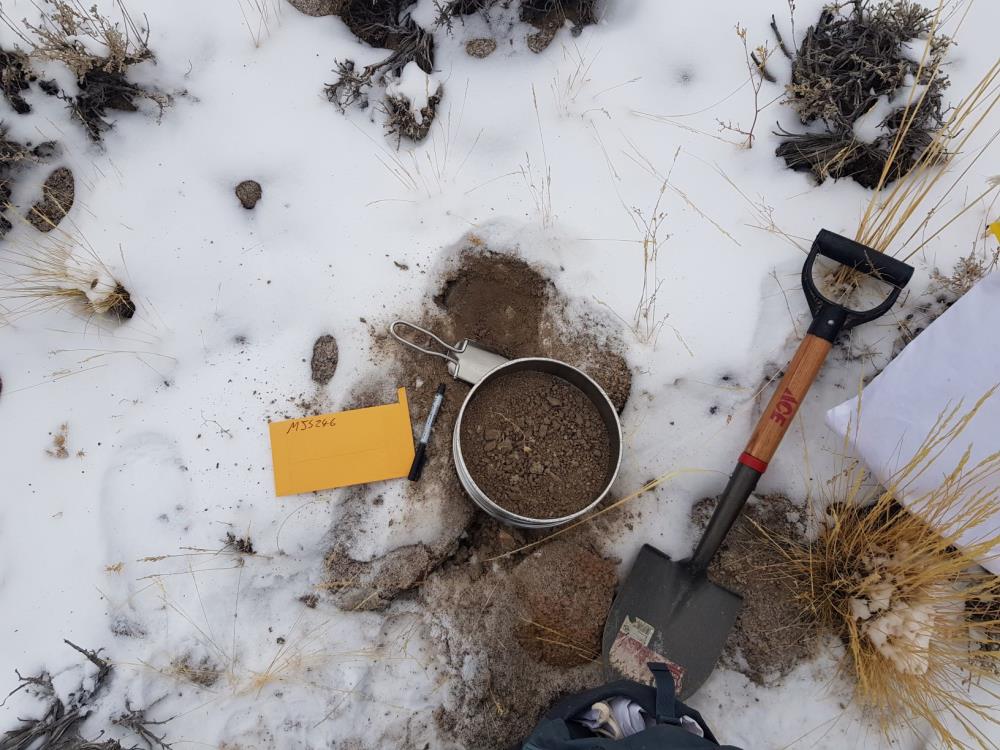 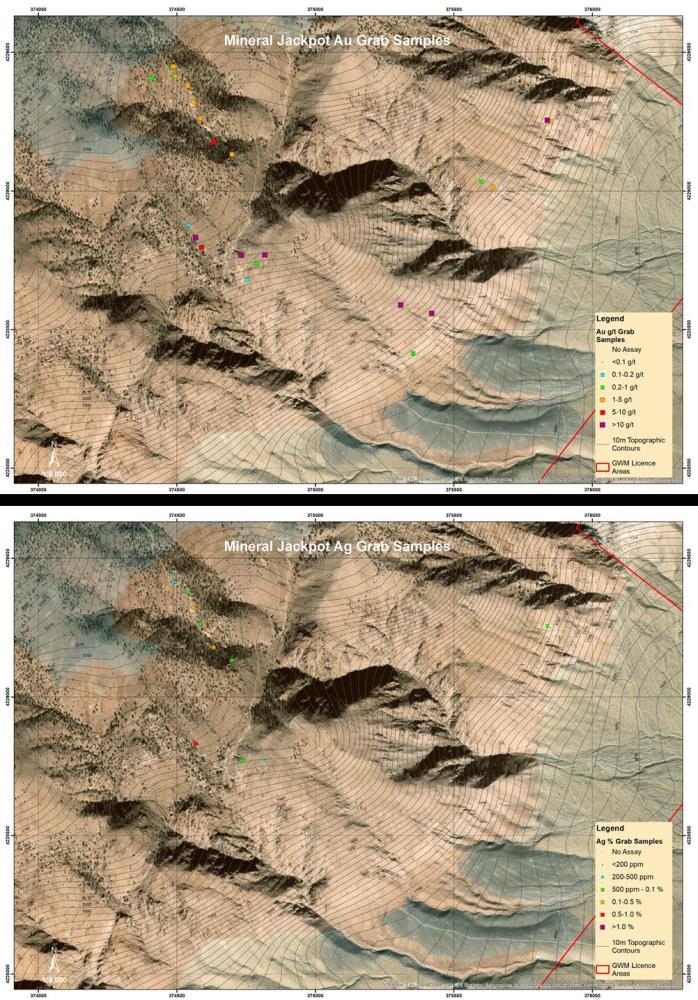 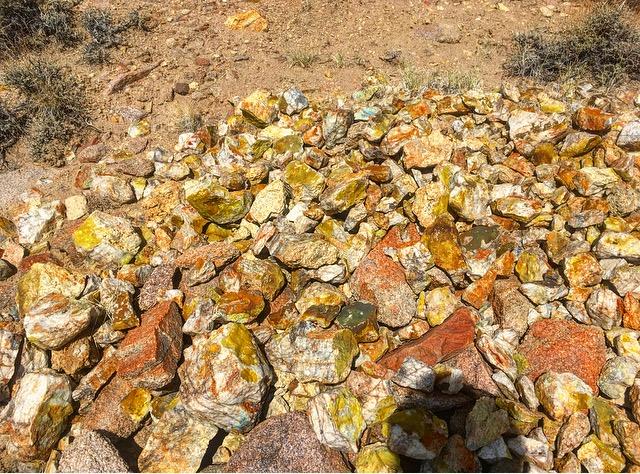 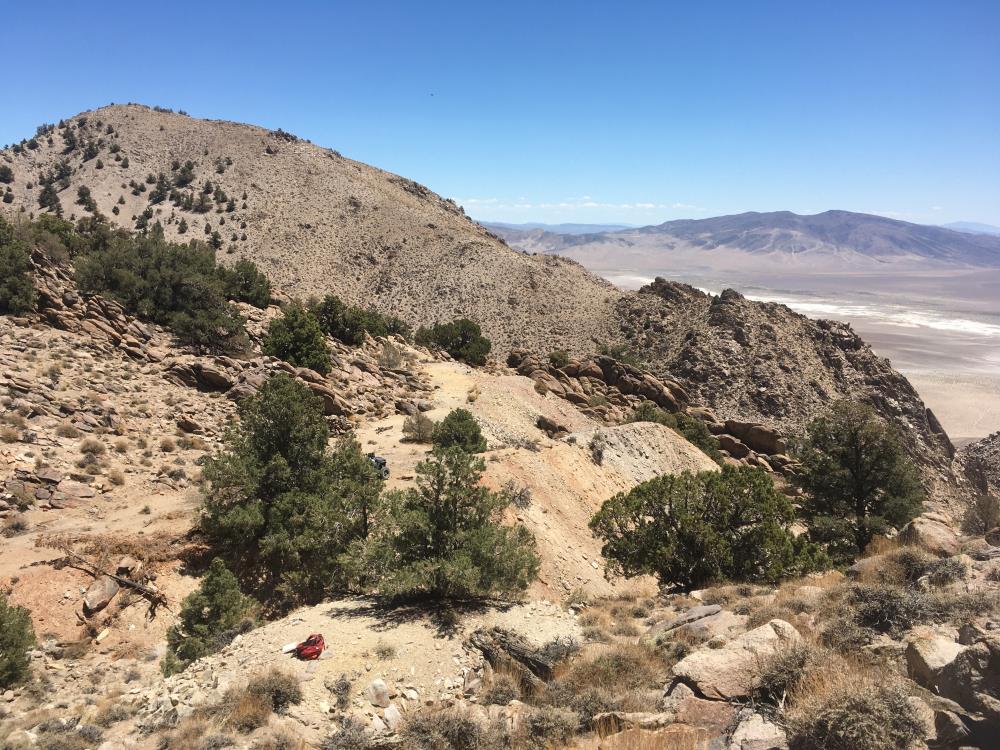 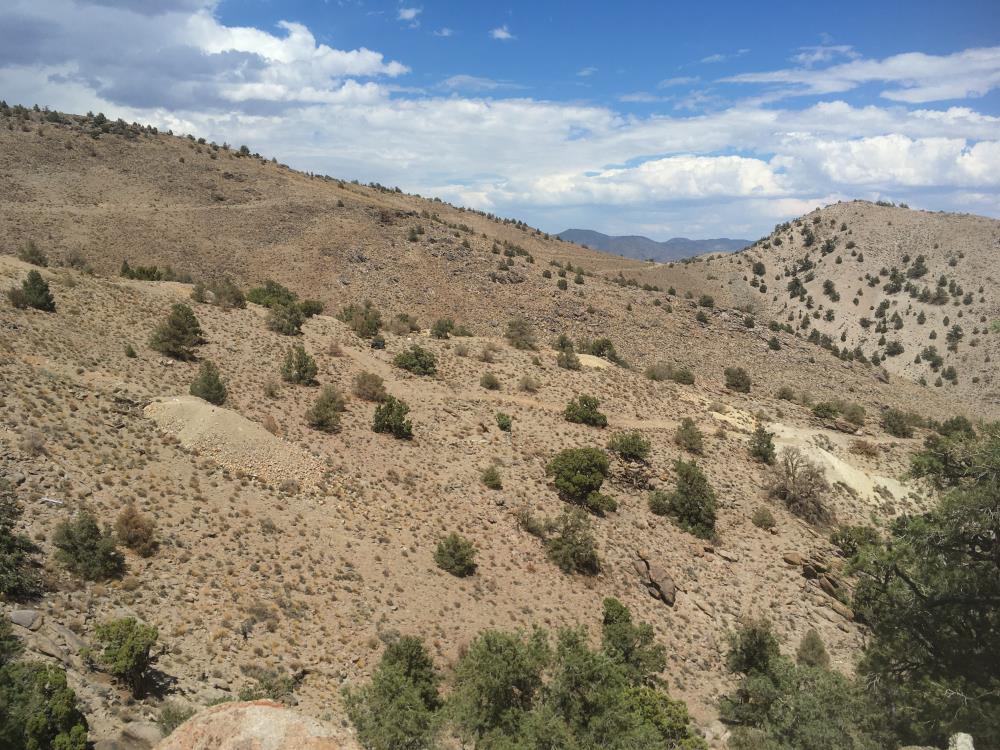 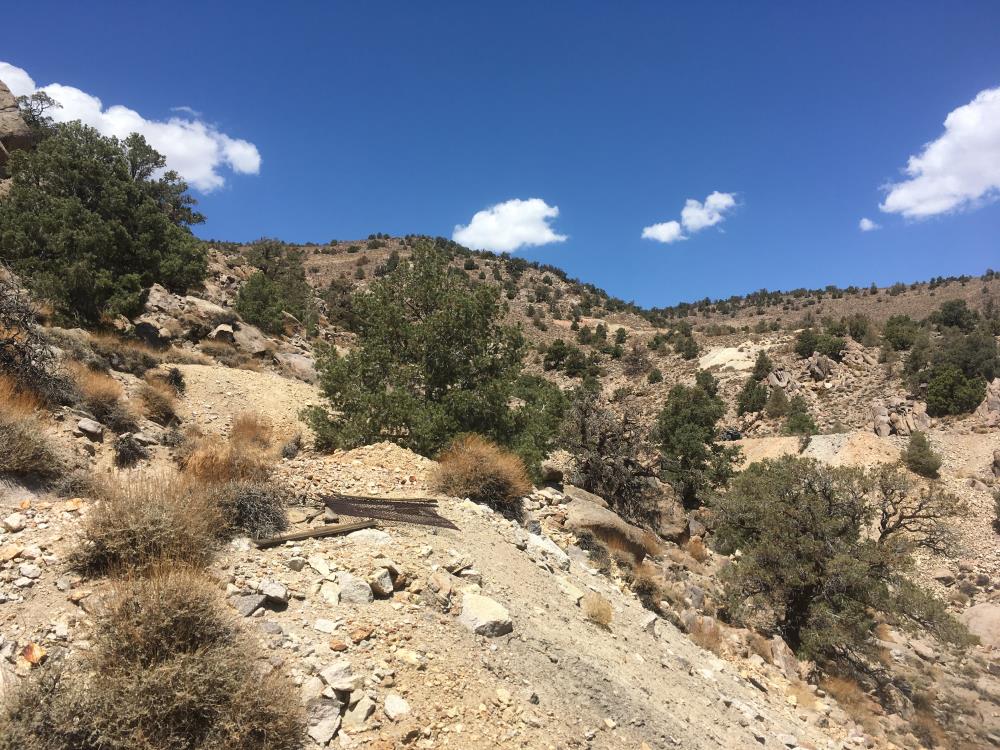 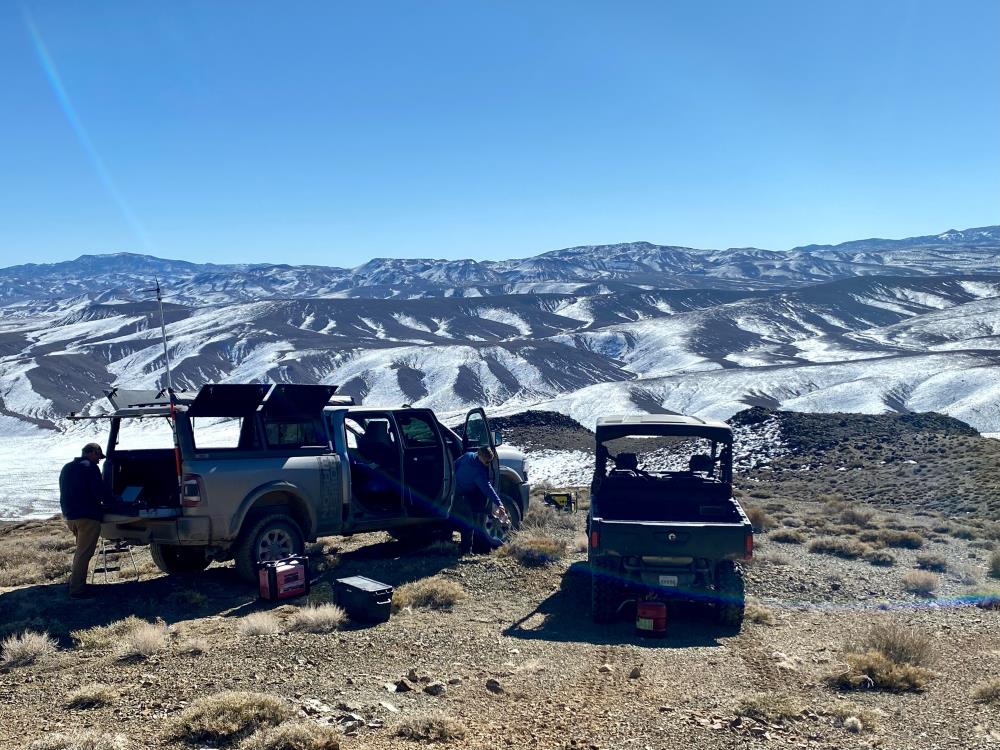 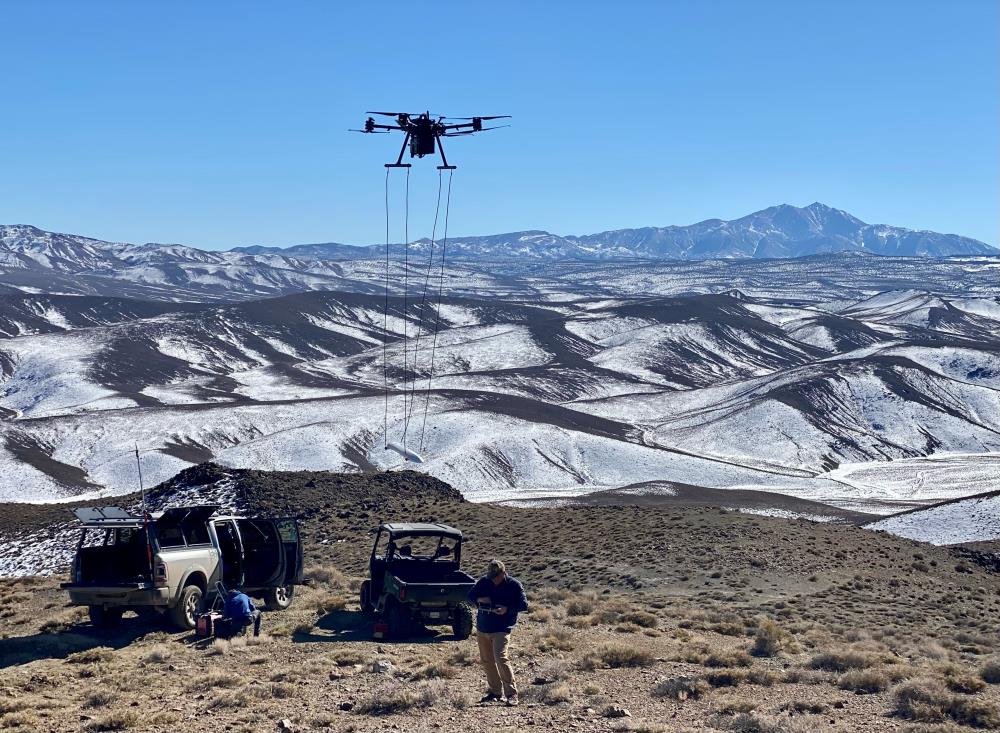 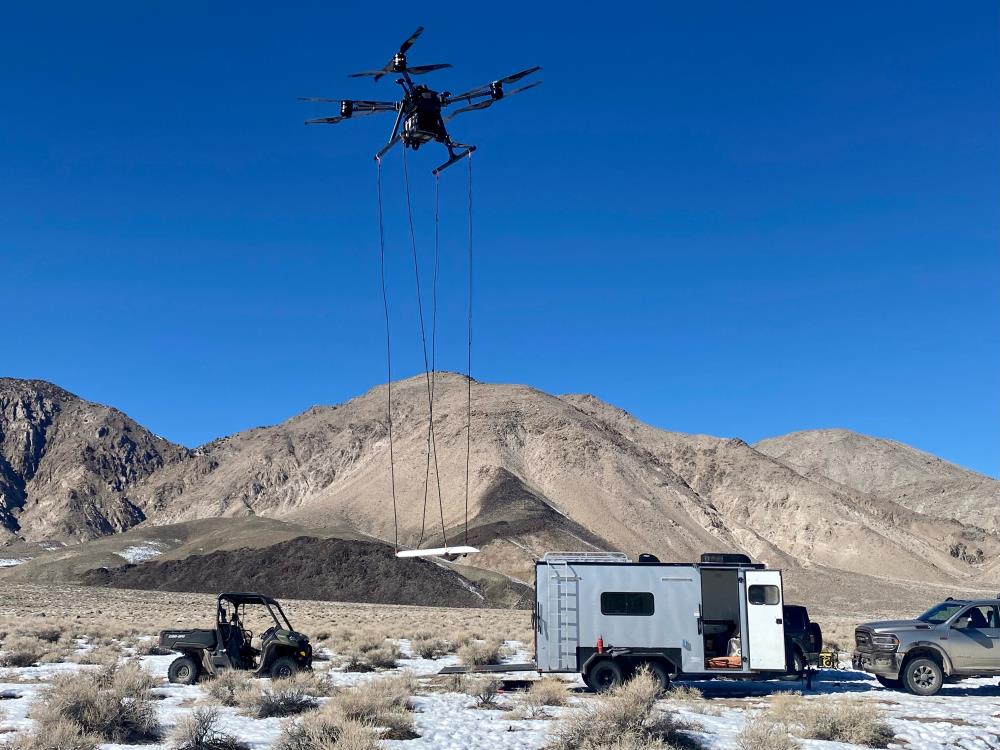 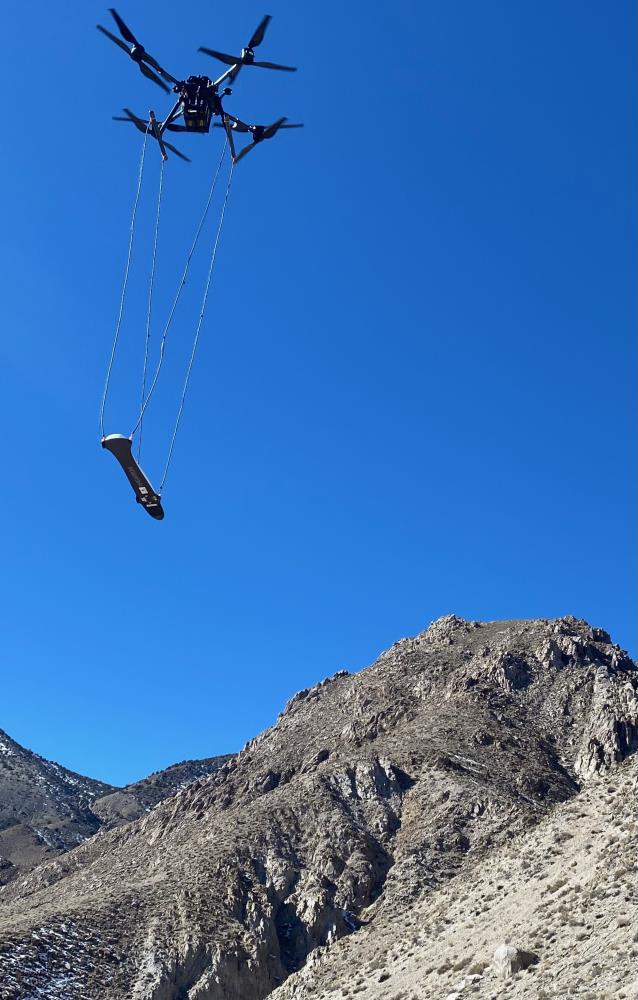 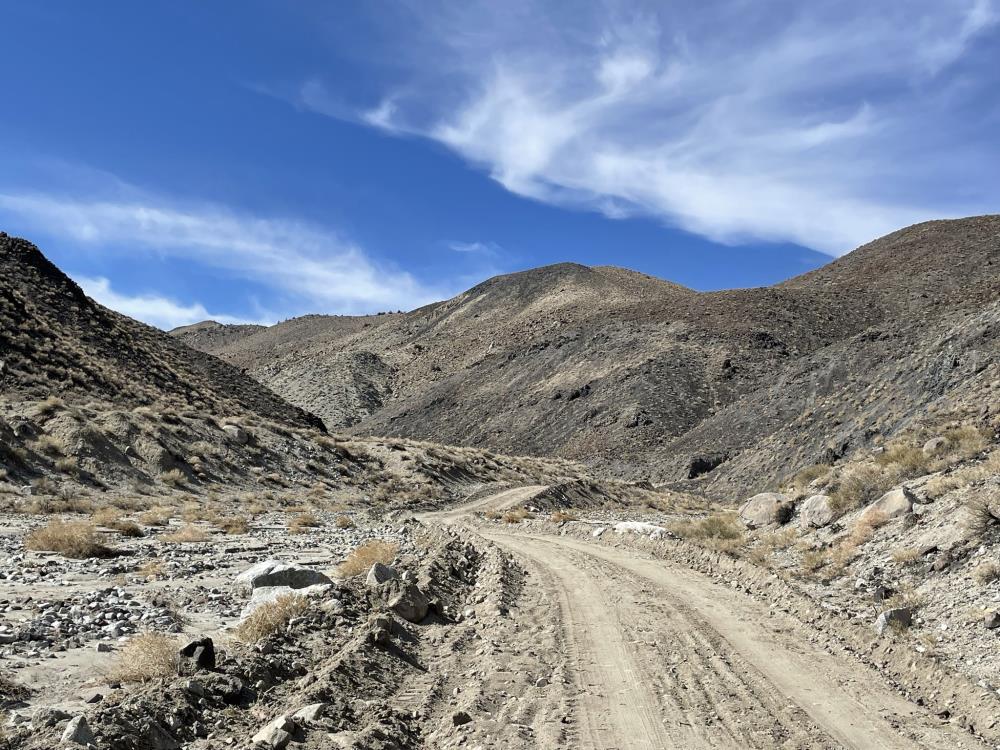 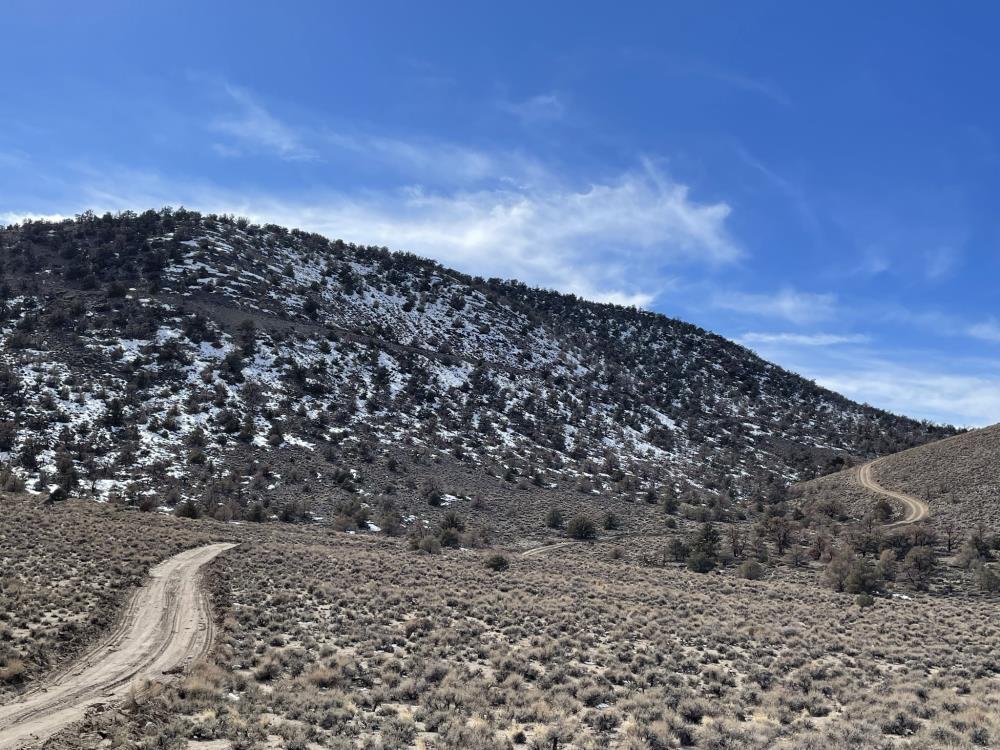 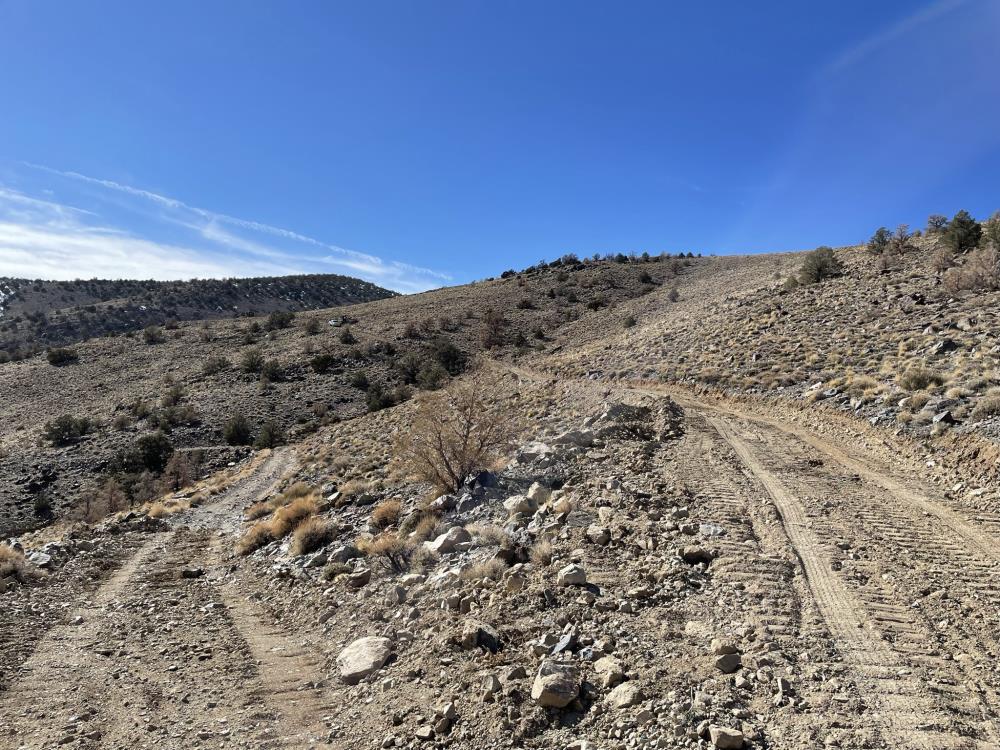 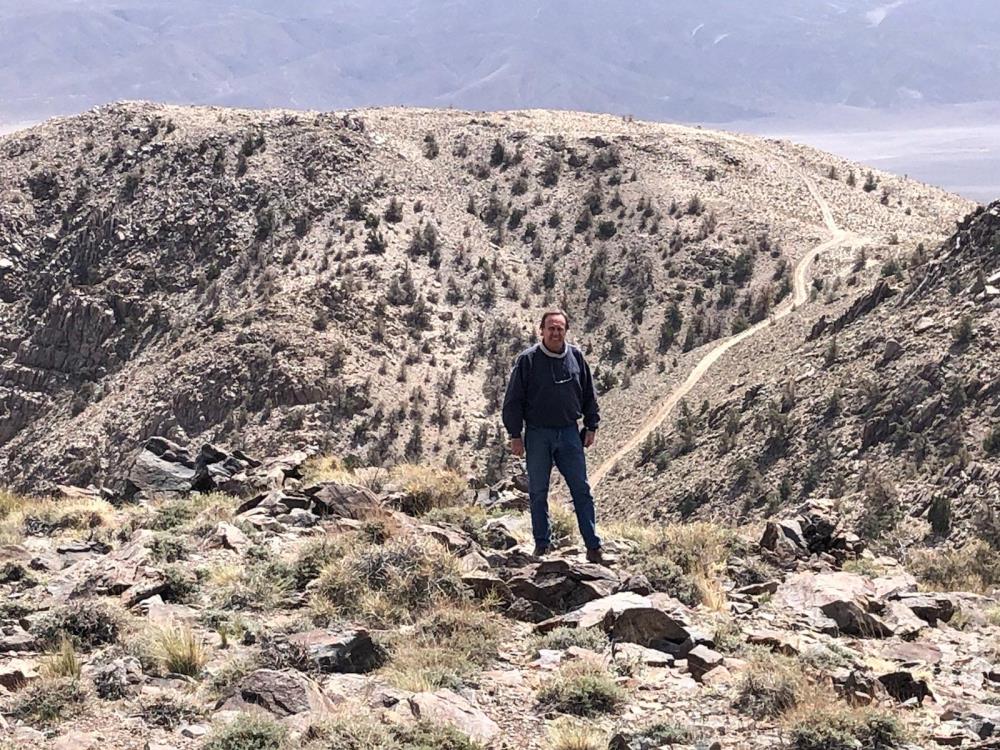 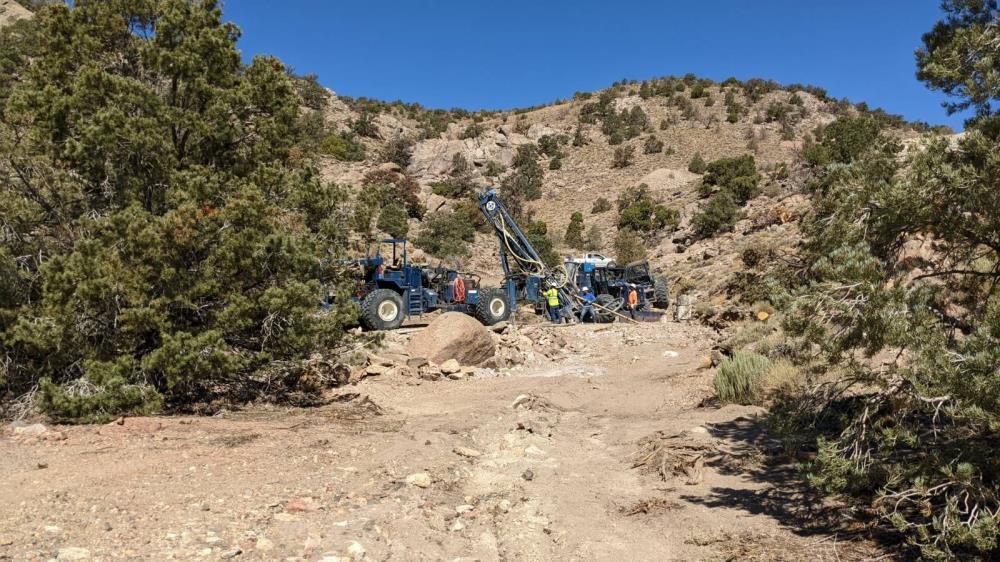 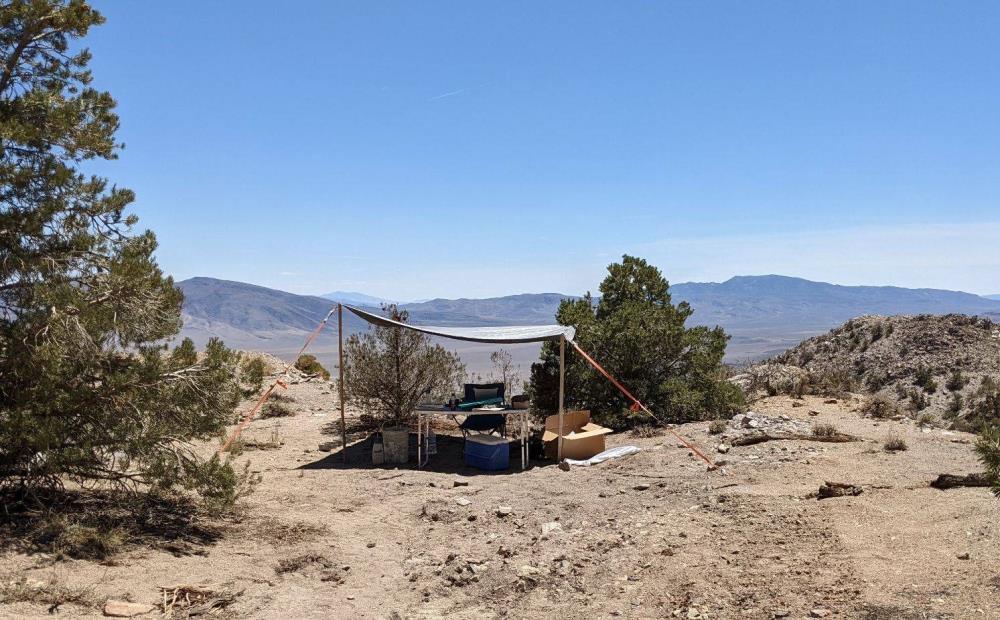 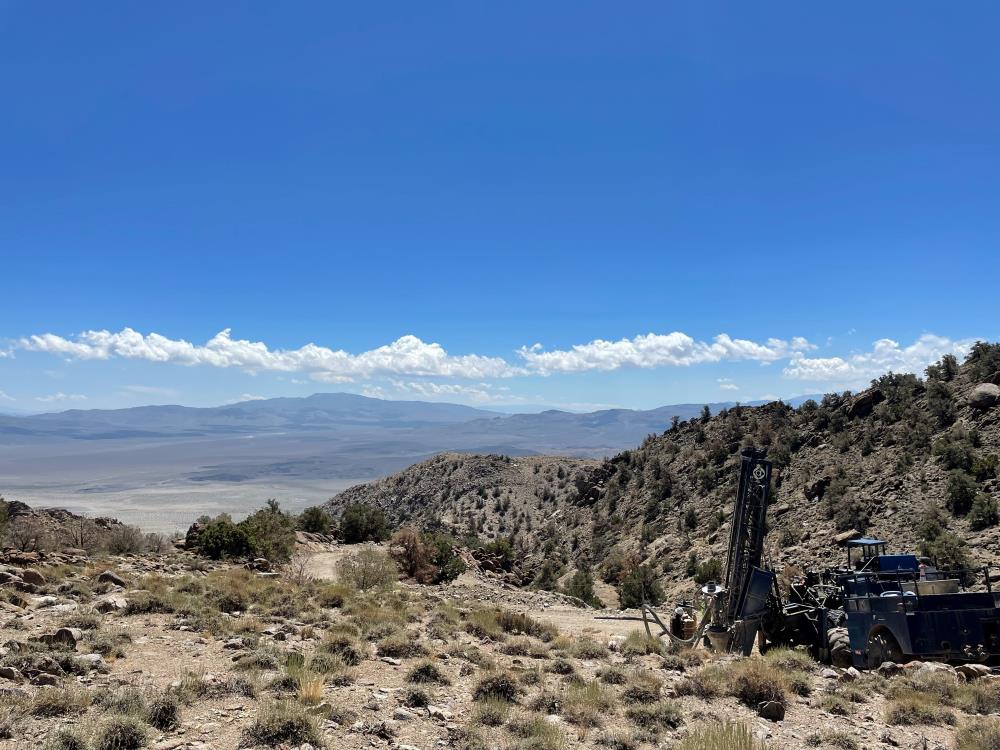 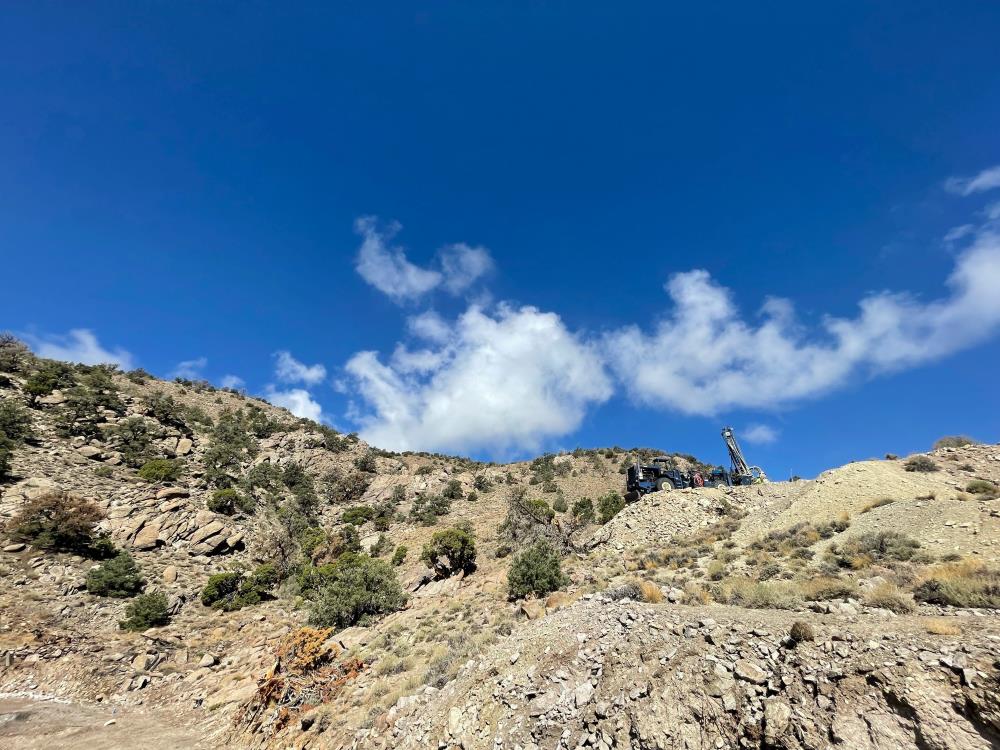 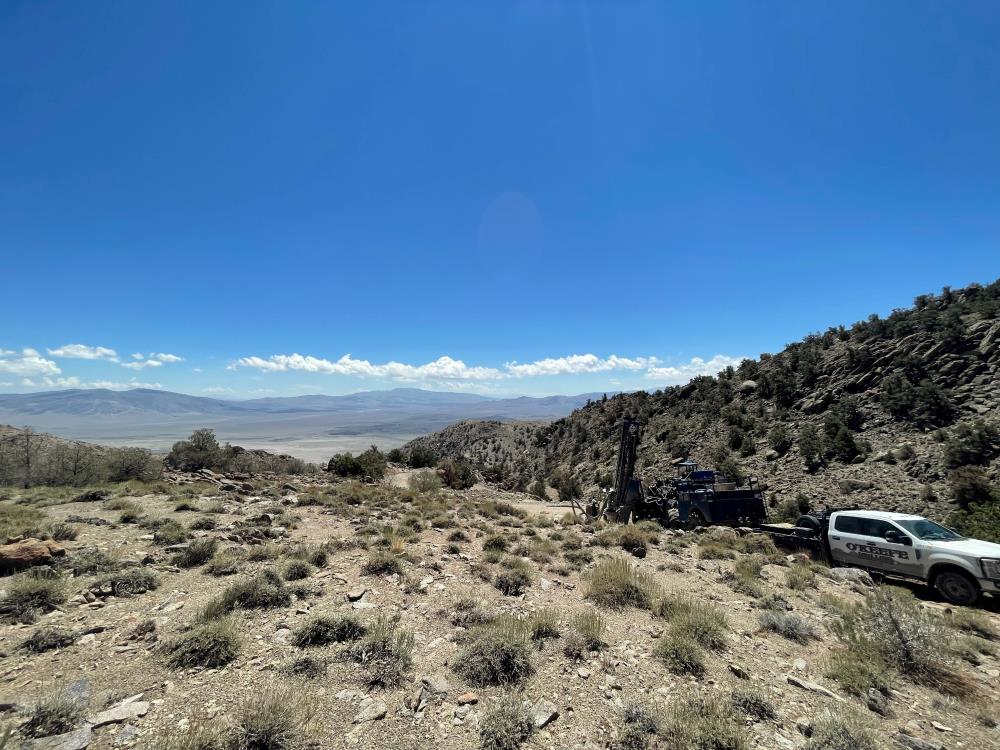 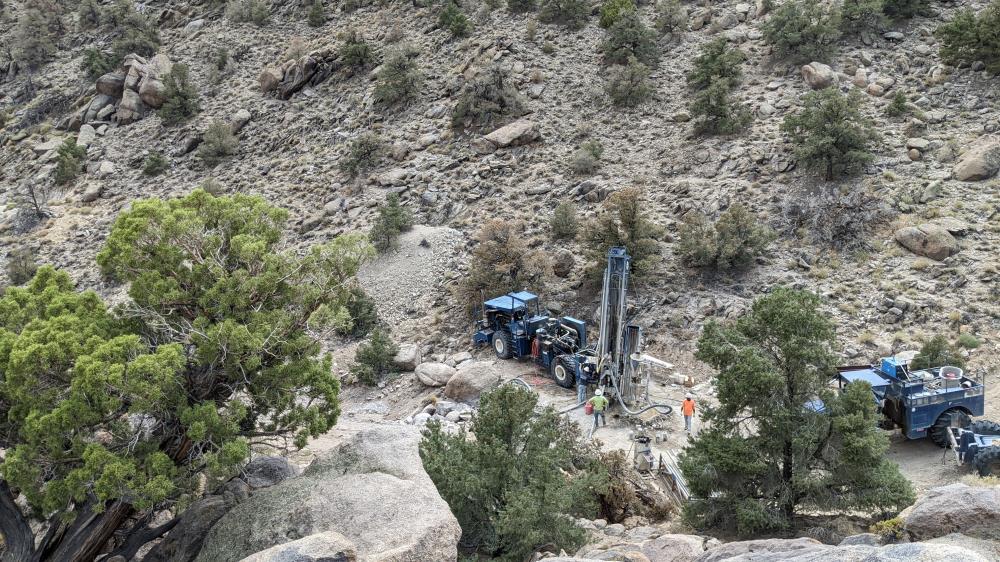 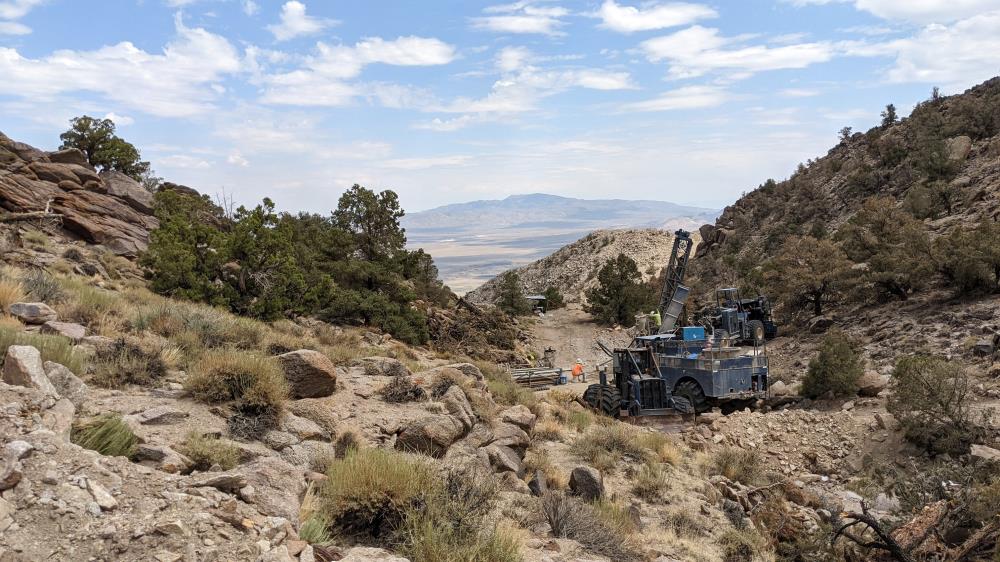 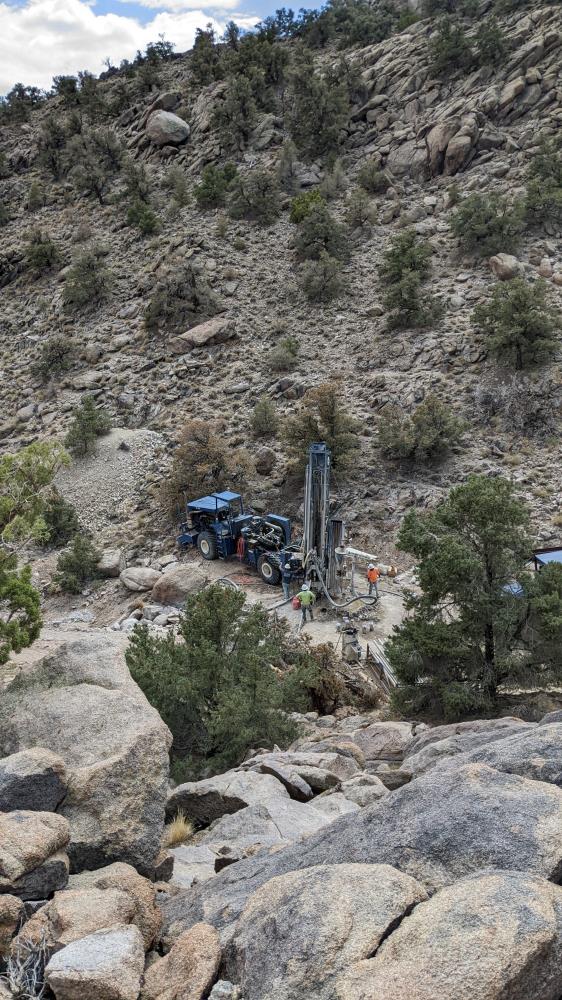 In late 2020 Great Western extracted spoil heap material at historical gold and silver mine workings in the Mineral Jackpot Group, producing a small doré bar made up of gold, silver and other minerals. This has proved the initial concept of spoil heap recovery in the area.

135 kg from the same load was air-freighted to the UK and extensively tested over a 4-month period in a specialised laboratory. Lab analysis concluded that a relatively straightforward gravity separation operation could economically produce commercial quantities of gold and silver and would be effective for this particular material and maybe subsequently enhanced by a cyanide-leaching operation.

A Consultant Metallurgist has been engaged by the Company to formulate a first stage commercial project, the preliminary design stage of which is now complete. Project design envisages new prices for equipment, whereas capital cost may be reduced with good quality used equipment, widely available in the area and currently being sourced.

A summer 2021 field trip revealed that the spoil heaps are materially more extensive than previously calculated, with 51 heaps in total, potentially covering 14,000 m² (previously 38 heaps covering 5,000 m²). Assay results from spoil heap material sampling at the Mineral Jackpot claim group were announced on 23 February 2022 and the announcement can be viewed here.

On 29 March 2022 Great Western announced that the upgrade of the road to the Mineral Jackpot group of properties, to enable access for large vehicles, including rigs and associated equipment for drilling operations and trucks to enable removal of spoil material for processing, is now complete. The announcement can be viewed here.

On 12 July 2022 Great Western announced that it has signed a non-binding Memorandum of Understanding to create a Joint Venture with an experienced Nevada mining contractor, for processing gold and silver from waste material on its mineral concessions in Nevada. The announcement can be viewed here. A further update was announced on 25 August 2022 which can be viewed here.

Historic geological reports point to at least 7 subparallel lodes, prospective for Au-Ag-U mineralisation in both the quartz veining and the surrounding altered vein selvedge. Historical production has left numerous residual shafts and adits covering an area of approximately 0.5 km2.

In 2018 the company added 66 new claims to the eastern side of the Black Mountain Group. These claims cover the Silver Moon and Silver Bell prospects which have been historically worked for gold and silver.

Soil sampling conducted in 2019 focused on identifying strike extensions of existing known veins, along with the testing of ground between the Mineral Jackpot and Silver Bell deposits. The soil sampling programme has approximately doubled the previously defined mineralisation footprint at Mineral Jackpot, with over 2km of strike length now exposed.